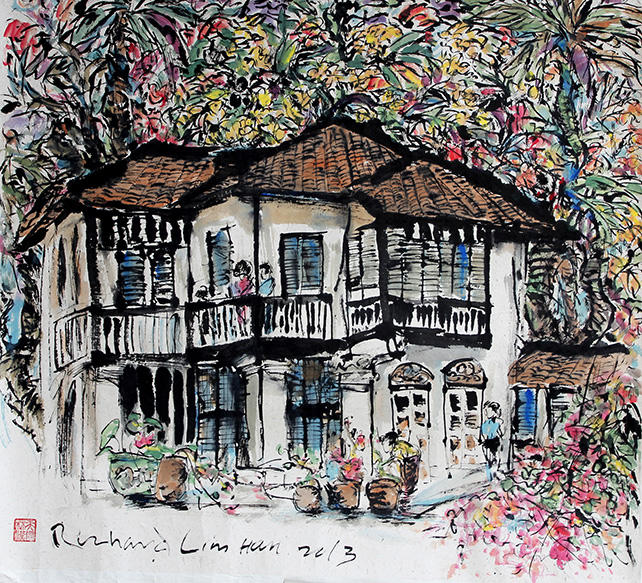 Born in Guangdong, Lim became a Singaporean at the tender age of twelve. However, a sabbatical retreat to Shao Xing in his later years proved to be a breakthrough in his artistic journey. The exhibition showcases his extensive landscape works ranging from China’s ancient villages to Singapore’s modern city.

Lim’s romantic paintings of China depict the peaceful, slow pace of life in rural villages, depicting a laidback mood not common in modern cities, whereas his paintings of Singapore show popular tourist spots, such as the merlion statue along the Singapore River, and the Marina Bay Sands, with multi coloured lights sparkling in stark contrast against the night sky.

By: The Art Fellas