Htein Lin: Recovering the Past 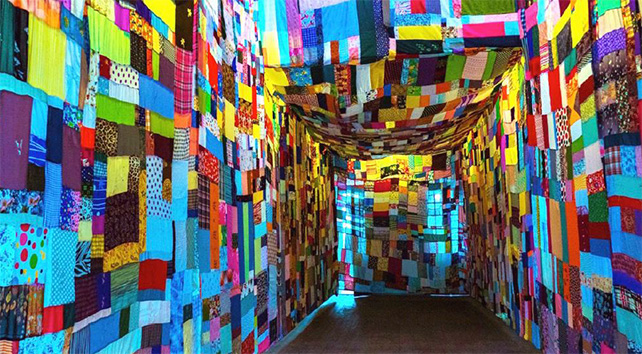 Htein Lin: Recovering the Past is the first solo exhibition of leading Burmese artist Htein Lin in Singapore. The exhibition opens in conjunction with Singapore Art Week 2017 and the artist’s participation in the current Singapore Biennale. Htein Lin: Recovering the Past delves into the artist’s personal history, reflecting upon his experiences growing up in Myanmar, and later as a revolutionary soldier and political prisoner in his own country.

Htein Lin’s deeply personal works are based upon his extraordinary life experiences, political developments in Myanmar and its Buddhist faith. He was born in 1966, in the town of Ingapu of the Ayeyarwady region of Myanmar. In 1988, Htein Lin partook in the pro-democracy student protests in Rangoon University, where he studied law. After the violent coup by the military junta, formerly known as the State Law and Order Restoration Council (SLORC), he went underground and spent four years in refugee and student rebel camps on the borders of Myanmar, joining the All Burma Students’ Democratic Front (ABSDF). Returning to Yangon in 1992, Htein Lin was arrested several years later on spurious accusations of opposition activity on the 10th anniversary of the 8888 Uprising.

He spent almost seven years in jail – including some time at Insein, the country’s most notorious prison – and it was during this period that he developed his artistic practice by using items available to him like bowls and cigarette lighters, in the absence of brushes to secretly create hundreds of works on scraps of fabrics, prison uniforms and soap. After his release, he moved to London in 2006, and back to Myanmar in 2013 after the dissolution of the military junta.

Entangling personal, communal and national histories, Htein Lin: Recovering the Past traces the artist’s harrowing experiences alongside developments in Myanmar’s history – through its many trials and tribulations, but perhaps more importantly, its healing process in recent years.

Artist talk: In conversation with Htein Lin: Recovering the Past
Saturday, 14 January 2017, 2-3pm