I Gusti Ayu Kadek (Gak) Murniasih: Shards Of My Dreams That Remain In My Consciousness 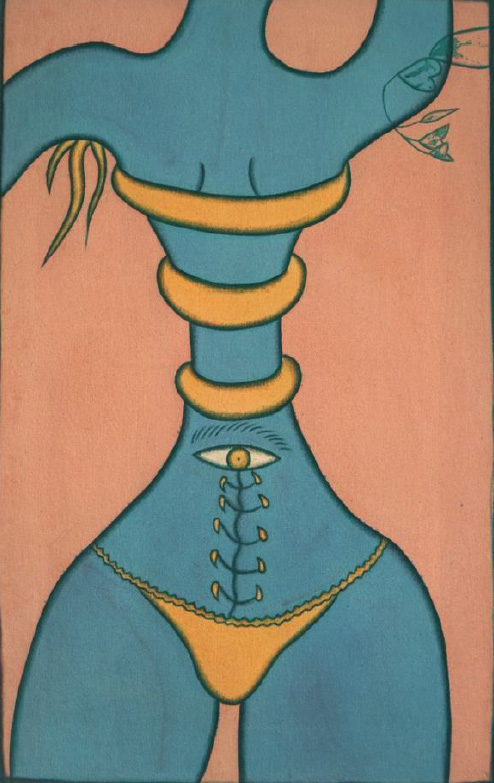 Gajah Gallery presents a comprehensive solo exhibition of the seminal late-Balinese artist I Gusti Ayu Kadek (Gak) Murniasih: Shards Of My Dreams That Remain In My Consciousness unveiling over 50 paintings and sculptures that span the artist’s prolific decade-long career, from the mid 1990s to 2006.

Famously known as ‘Murni’, her art offers powerful statements about a woman’s undeniable ownership of her body, mind and soul as a way for the artist to regain full agency of her being. Born into poverty in Tabanan, Bali, in 1966, Murni suffered sexual abuse as a young girl, worked as a domestic worker at age 10, divorced her husband despite allegedly being the first woman to do so in Bali, fought and eventually succumbed to a battle with ovarian cancer just before turning 40.

Despite these circumstances and challenges, her art celebrates female desire and expresses the healing of deeply personal trauma. Her bold depictions of the female body, sensuality, and the depths of her subconscious shocked the Balinese art world and continue to until this day. Amidst a region continually negotiating women’s bodies and their lived experiences, Murni’s early death in 2006 left a legacy that transgresses stereotypes of other survivors of injustice.

The exhibition presents the evolution of her works throughout the course of her active years as an artist—from her early pastel-coloured works that reveal traces of the Pengosekan style in which she was trained, to her bolder, brighter and more grotesque paintings in which she later became known. The exhibition further presents the breadth and range of her themes: from her frank depictions of sex and power; surreal objects, creatures and characters; wild, vivid dreams and desires to ever-evolving reclamations of the body. As articulated in the book The Curtain Opens: Indonesian Women Artists (2007), Murni’s works are “gripping statements of a woman’s struggle from passive sexual object to active sexual subject”.