Ian Whittlesea: In the Beginning… 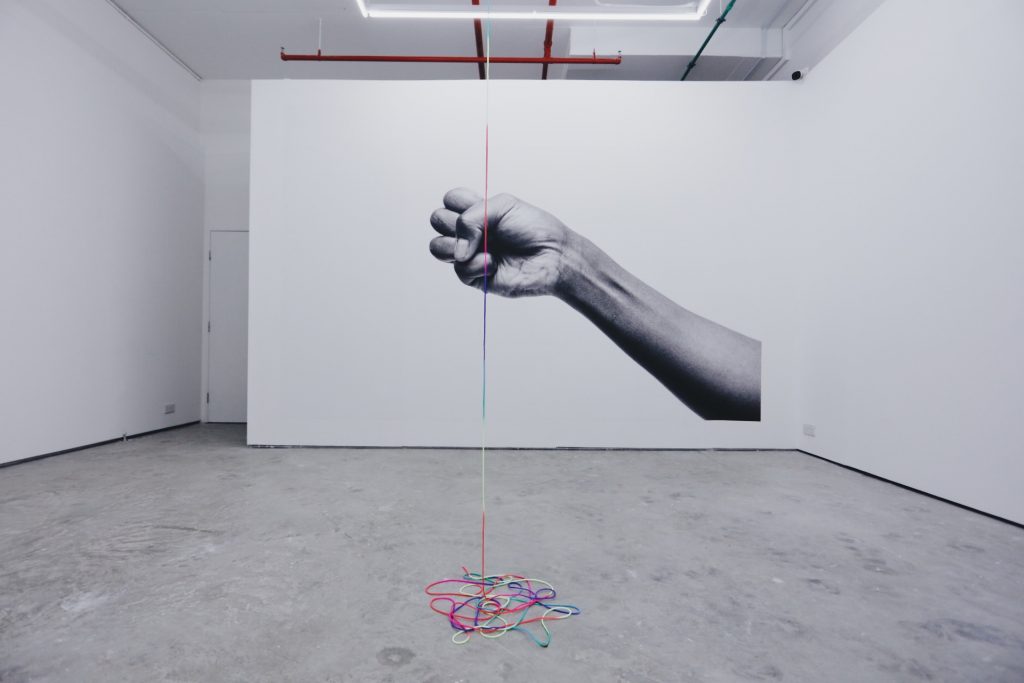 Processed with VSCO with a6 preset

For In the beginning… Whittlesea has installed an apparently disparate group of works united by an economy of means and by his interest in esoteric exercise, breath control and written instructions. Dominating the space is a huge, fly-posted, image of a clenched fist. The image is taken from a series of photographs showing actor Ery Nzaramba demonstrating a group of 12 finger positions that, in a brief moment of mysticism at the heart of modernism, Swiss artist and colour theorist Johannes Itten taught his students at the Bauhaus. These 12 finger exercises are reproduced in contemporary books without instruction or explanation, their meaning and purpose too powerful to be written down, but Itten claimed that with the accompanying breathing exercises they would result in auto-illumination, the participant’s body generating light from within visible to any onlooker.