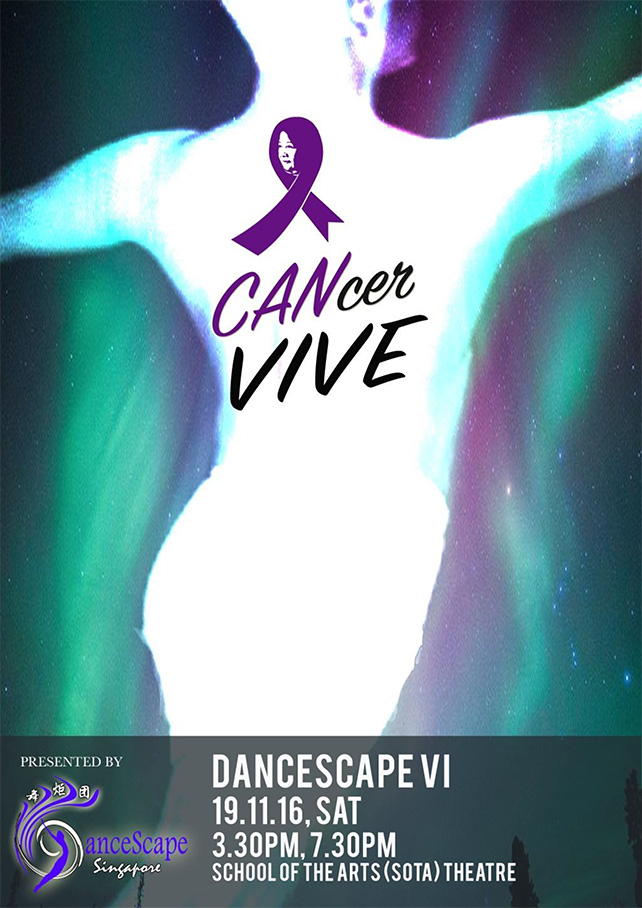 Based on true stories, a tribute to Derek’s mum

6 April 2016, cancer took away the life of Derek’s beloved mum. The whole family could not accept the sudden loss of their mum. Five children were brought up by mum alone, who swallowed all sorrows and pains to raise them up without any grumble and regret. In the children’s eyes, mum is always positive and cheerful, just like a laughing Buddha protecting and taking care of them all this while. Last December, the news of mum contracting cancer came. Given her medication condition of hypertension, high cholesterol and diabetes, she refused to give up hope, she decided to brave though all the tough medical treatments that include chemotherapy and consuming lots of pills prescribed by doctor. She was supposed to wait happily for the arrival of her grandchildren, boy-girl twins in June but she could not make it to the day. This was a lifetime regret to Derek and his wife.

Derek, founder and artistic director of Dancescape (Singapore), starts his dance career at a late age after serving under Singapore Armed Forces for 8 years. He decided to embark on his dance journey to pursue his passion into profession. At that point of time, his family members doubted his decision of leaving a prospective army career except for his mum who has always been his pillar of support, regardless of the choice he made. Derek’s mum was his most supportive and loyal fan who had never missed any of his performances and productions, be it big or small. With the departure of mum, Derek was dealt with a big blow.

In“iCANcer-vive”dance production, Derek will not only be directing and choreographing, he will also be performing a piece in tribute to his mum. This will be the first and the last time Derek will be sharing the stage with his mum, biding his last goodbye to her. He hopes this dance production can pass message to the audience in treasuring the time spent with the loved ones, also to encourage cancer patients and families to face the illness bravely and positively and never to give up any hope of recovery.

For the first time, four local male choreographers come together for a good cause, using different angles and perspectives to choreograph stories behind fighting cancer. Besides Derek, others include Chen Guohui Max (founder and artistic director of Paragraph), Shahrin Johry (Principal dancer of Maya Dance Theatre) and Peter Gn (Dance Educator).

Venue: Studio Theatre at Singapore School of the Arts

Tickets： $45，$90 (Honorary Ticket), available at http://dancescapesg.weebly.com/ticketing.html
Send your blessing to a cancer survivor by purchasing the honorary ticket and invite the survivor to watch the concert for free. All proceeds will be donated to charitable organisation.

By: School of the Arts Singapore (SOTA)