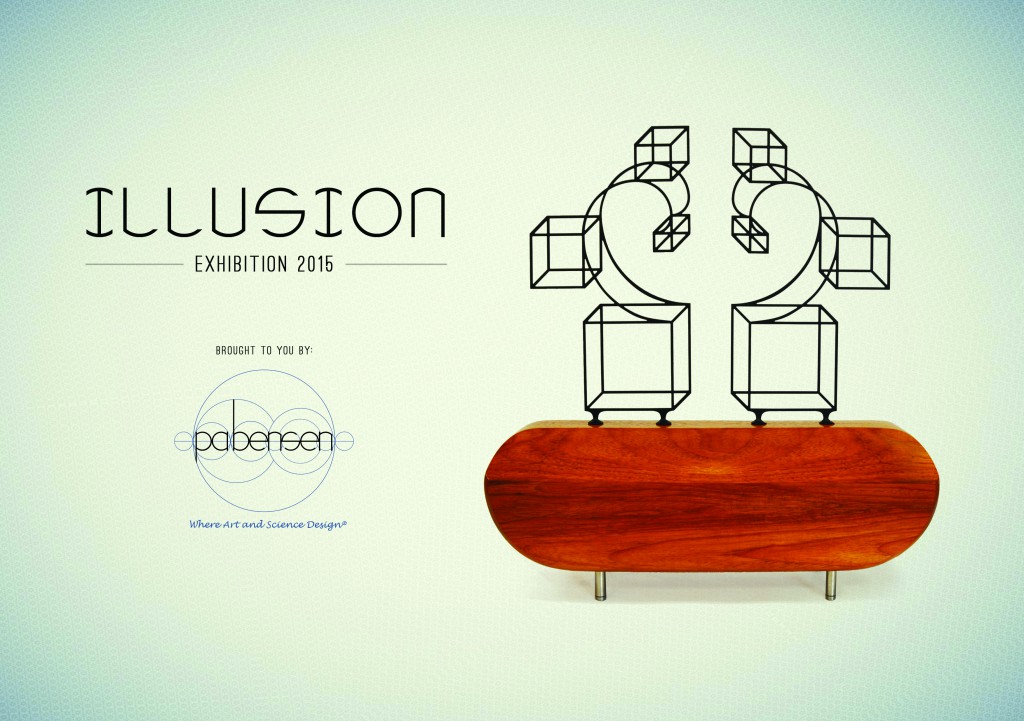 Curated by PABensen, the inaugural exhibition Illusion showcases a series of original sculptures and prints by Dutch artist and designer, Peter Arnoud Bensen.

The series revolves around the themes of perspective and illusion, drawing us towards Bensen’s pieces with mesmerising tricks of the eye. Using pyramids, cubes and spirals, he demonstrates how these basic shapes morph into different entities by a shift of perspective. Bensen describes this peculiar experience as “shape-shifting”.

Illusion is inspired by Bensen’s past experience as a commercial diver. Diving 120 meters into the unknown has made him see things in a new light. Like an observer to a colossal sculpture, Bensen saw the subsea structures around him take on different shapes at different depths of diving. Magical sights that fused from the metal frames around him captivated Bensen in awe, and remained ingrained in his memory. Bensen translates his past adventures into his sculptures, aspiring to evoke the same wonder and fascination in viewers that he had personally encountered.

Each sculpture is hand-crafted by Bensen and exclusive in its design, which cannot be recreated. Every piece has a special significance and a unique beauty that demands a physical response and an intellectual challenge to fathom the hidden messages.

By invitation only, the Illusion Opening Fiesta will take place on Tuesday August 18th, 2015 with Guest-of-Honour H.E. Jacques Werner, Ambassador of the Kingdom of the Netherlands.