Colours of Impressionism: Masterpieces from the Musée d’Orsay 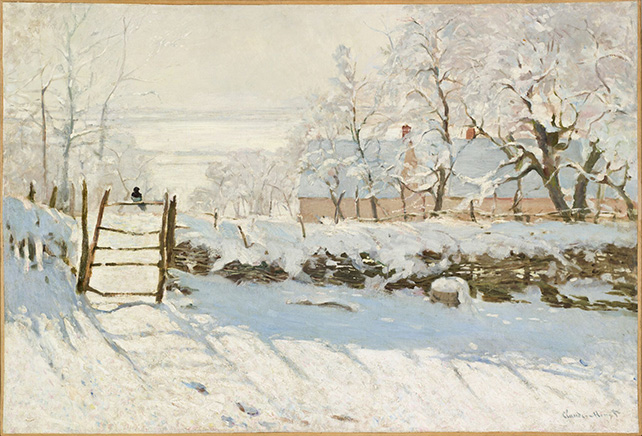 If the conservative art academy in 19th century Paris had its way, the only paintings recognised as masterpieces today might be the carefully composed and often theatrical paintings that characterised the schools of Neo-Classicism and Romanticism. However, in the 1860s, a group of young painters such as Claude Monet and Auguste Renoir began to challenge the status quo by taking a revolutionary approach to painting light and using colour – giving rise to one of the most recognisable and beloved art movements today: Impressionism.

Inspired by the rapid technological innovations of the late 19th century, these Impressionists moved out of their studios to open air to capture the fleeting effects of light as it appeared before their eyes, using newly available pigments and discoveries in the science and theory of colour. To trace the development of the movement most closely identified with the emergence of the modern era, National Gallery Singapore has collaborated with the Musée d’Orsay in Paris – one of the world’s leading modern art museums – to present Colours of Impressionism: Masterpieces from the Musée d’Orsay.

Dr Eugene Tan, Director of National Gallery Singapore said, “Impressionism is one of the most influential movements in the history of art, fascinating artists and art audiences around the world and across centuries. In fact, the influence of Impressionism can be seen in many works of Southeast Asian artists. As National Gallery Singapore endeavours to bring art closer to the people, we are excited to present the first Impressionist exhibition in Southeast Asia. The selection of works from the Musée d’Orsay’s collection provides both art aficionados and the newly initiated an accessible and visually powerful introduction to Impressionism and some of its defining themes and ideas. We hope visitors will enjoy this rare opportunity to get up close with these significant paintings and deepen their understanding between the art of Southeast Asia and the world.”

Curated by Marine Kisiel and Paul Perrin from the Musée d’Orsay, the exhibition features a collection of over 60 stunning masterpieces by the foremost innovators of the art movement. Giving a nod to the Impressionists’ radical use of colour, the paintings are presented in thematic sections based on colours used by leading artists of Impressionism such as Édouard Manet, Claude Monet, Auguste Renoir, and Paul Cézanne at different stages of their careers.

Beginning with the blacks used by painters in the 1850s and 1860s to represent realities of their time, the exhibition examines how Impressionists used white and blue tones to capture snowscapes and their shadows; lush greens and blues to depict the French landscape; and in the latter stage of the movement, soft pinks and purples to create new harmonies and more subjective realities.

Visitors will get up close with Le Bassin aux nymphéas, harmonie rose (Waterlily Pond, Pink Harmony), a painting of one of Claude Monet’s favourite subjects – his pond with a Japanese-style bridge, filled with waterlilies – which he painted repeatedly. Other masterpieces on display include Auguste Renoir’s Gabrielle à la rose (Gabrielle with a Rose), which breathed new life into the great European tradition of the female nude; and Le berceau (The Cradle), arguably the most important work by the first lady of Impressionism, Berthe Morisot.

The exhibition is part of the Century of Light showcase of art from the 19th century. It will be complemented by Between Worlds: Raden Saleh and Juan Luna, which takes a regional perspective on this period of enormous change through the eyes of two prominent Southeast Asian artists who lived and worked in Europe. Both exhibitions will be held at the Singtel Special Exhibition Gallery from 16 November 2017 to 11 March 2018.