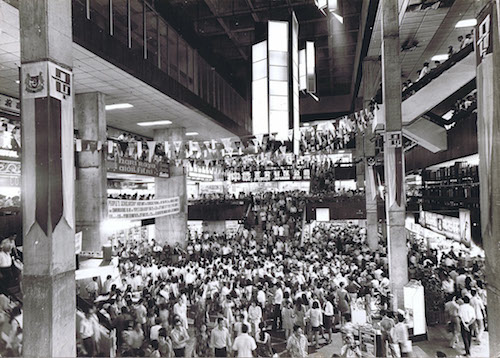 A Parallel Project of Singapore Biennale 2016

Incomplete Urbanism: Attempts of Critical Spatial Practice is an open-ended exhibition that serves as a laboratory of ideas, exploring the indeterminacy and changeability of urban living. Borrowing its title from eminent Singaporean architect William S.W. Lim’s book Incomplete Urbanism: A Critical Urban Strategy for Emerging Economies (2011/2012), this project takes Lim’s practice and the initiatives of the Asian Urban Lab that Lim started with colleagues in 2003, as a point of departure, and presents various researches into the spatial, cultural and social aspects of city life.

Honouring Lim’s practice as an architect, urbanist, and importantly, as an initiator of critical discussions on architecture, spatial justice, and development economics, the exhibition examines Lim’s formidable oeuvre and methodology. Tracing his role as the ‘great convenor’ of research-based urban / architectural / design collectives, this project looks upon the networks of influences, ideas and people encountered during his multifaceted collaborations throughout his research and architectural practice across Asia. Key ideas explored throughout Lim’s various collaborations are extended by several contributors who develop responses commissioned by the NTU CCA Singapore. These include selected moments of collective imaginings, contributed by researcher and M+ curator Shirley Surya and explorations of informal collaborative strategies by Jakarta-based research scientist Etienne Turpin.

Adopting a multi-sensory approach towards understanding urban environments, the exhibition will include a selection of videos and films assembled by film scholar Marc Glöde. Smell researcher and artist Sissel Tolaas investigates the city in its olfactory specificities, mapping a diversity of locations, bringing to the fore the “invisible city” of Singapore. Incomplete Urbanism seeks to produce a dynamic space to engage urban issues, through discussions, debates and collective efforts.