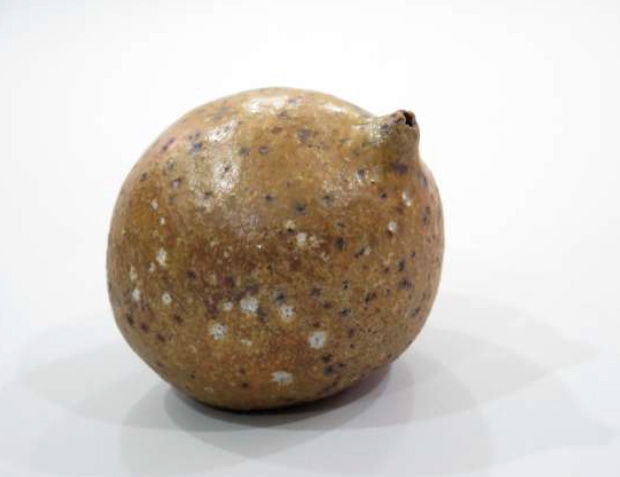 At his studio in Batangas, Pablo Capati’s day begins with throwing bowls. Joking and laughing as he works, the ease with which he performs this repetitive act belies the high level of skill and concentration required. As night falls, and with only the cicadas for company, Capati lets time and space expand around him. Coaxing himself out of his daily routine, he changes the rules of the game; the technical training he received in Japan as a teenager becomes a foundation for his work rather than a rigid framework. Gradually, biomorphic forms begin to emerge from the clay.

Interplay presents a unique insight into the artistic practice of Filipino ceramic artist, Pablo Capati III, whose anagama-­fired ceramic works move fluidly between functional and sculptural forms. Presented as a single installation, each individual work forms part of a continuum that reflects the holistic and immersive nature of Capati’s practice.

Pablo draws his inspiration mostly from nature. Having his studio in a farm and near the ocean, these are the scenery in his day-­to‐day life. Furthermore, through nature’s influence, he predominantly works with biomorphic shapes. As for clay the material, he can best describe it by using a woman as his metaphor. In order to be able to work with the medium you have to caress it, court it even more so fall in love with clay. It may be inanimate but once held, it comes to life and this is where the magic begins.