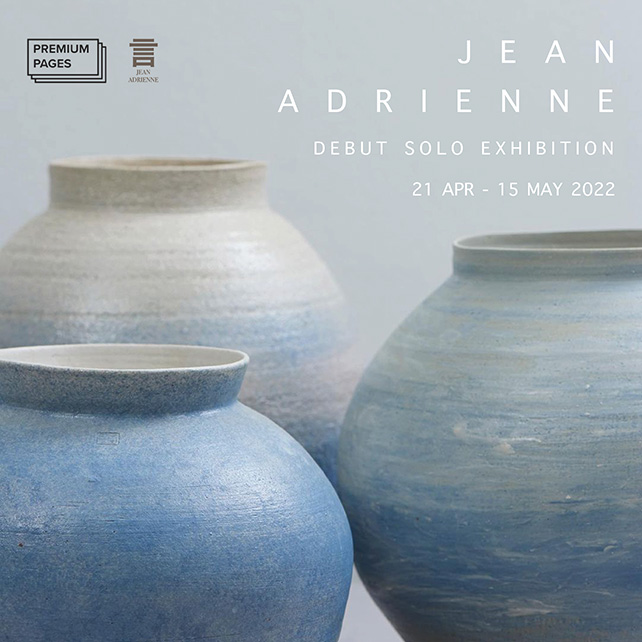 Jean Adrienne (Jeanette Adrienne Wee) began her journey with ceramics while studying in Japan in 2010. In 2017, she undertook a formal residency in Seto, Japan under renowned potter sensei Kato Hiroshige, and has since completed several courses in Melbourne which include theories of glazing and mould making. After practising for more than three years under master potter Dr. Iskandar Jalil, she now produces works as an artist, and is a teacher and studio director at ves.studio. She has also collaborated with notable international brands such as Glenfiddich Whisky, Shiseido, and Vogue Singapore.

This collection is split between two themes, Dawn and Dusk – Dawn portraying the traditional methods of making forms that are elegant and feminine, with light earthy tones that are inspired by the morning sky and spring day, while Dusk showcases pieces made with dark tones that represent the turbulence of the deep seas and the shifting clouds that transit to the night sky. Some of them show the fickle moments of teasing the clay to create forms that are seemingly imperfect and asymmetrical.