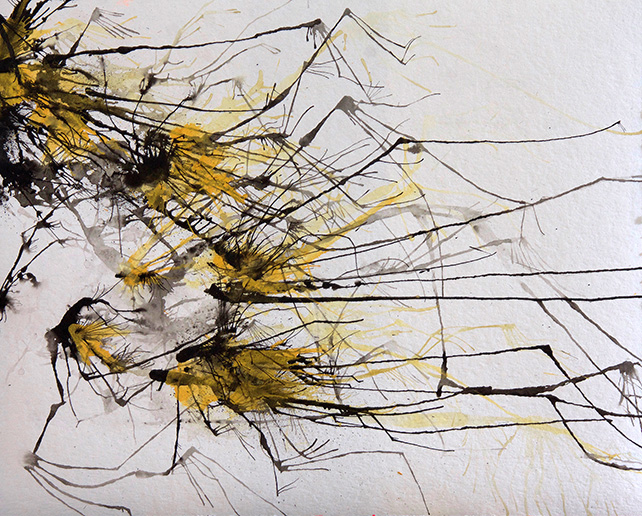 On the heels of hyperrealist artist Keng Lye, this March, K+ presents one at the other end of the spectrum. Singapore-based visual artist Andy Yang has been gaining attention for his visceral abstract paintings. A graduate from the renowned Malaysian Institute of Art in Kuala Lumpur, Andy enjoyed a successful career as an illustrator for over a decade, supporting advertising and design agencies, and garnering a number of prestigious advertising awards in the process.

His techniques have evolved through the years. A musician too, Andy used to first improvise a musical piece before each painting session; with the music looping in the background, he would then paint in response to the soundscape. Now he often works in total silence, the better to listen to the sounds coming from within himself and which materialise on his canvas in an explosion of forms and colours.

What is amazing too is,he has also moved away from painting with brushes only, and instead spreads the colours using a variety of implements such as an air brush, hairdryer and even a leaf blower. “A brush gives you total control while with these air tools there is always an element of randomness,” he says, likening this creative process and its antithetical themes of control and chaos to life itself. “Life is never straight lines, things happen.”