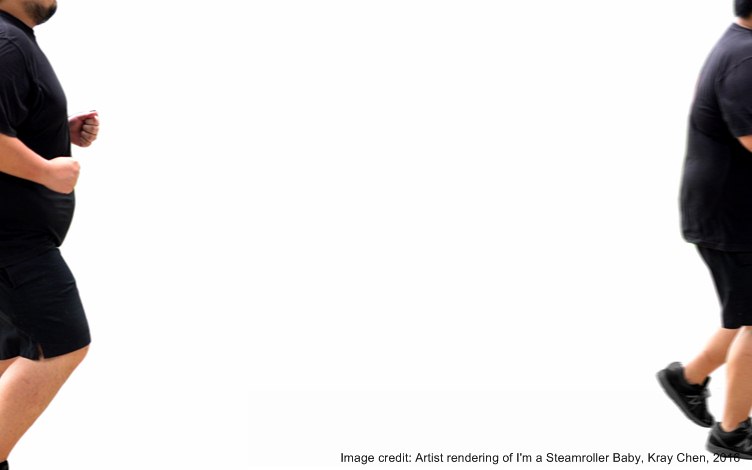 This site-specific multi-channel audio and video installation depicts artist Kray Chen running up and down a tunnel-like space and performing the training cadence “I’m a steamroller, baby”. The work draws on his memories of National Service when he was enlisted in a company for obese recruits, and often sang this eponymous cadence with fellow enlistees as a way to pace themselves while on out on a run or a march. It is a song of complex emotions which proudly signals their presence as a group, but is also tinged with discomfiting self-deprecation. The image of an endlessly running man is likewise ambiguous, symbolising both perseverance as well as a Sisyphean quest for fulfillment. The juxtaposition of the lyrical refrain with the rhythmic action of running is the artist’s way of reflecting upon the physical, psychological and political outcomes of social engineering, as well as the potential of different bodies to be productive entities. This project is part of Kray’s on-going investigations into the body, performance and the Singapore identity.