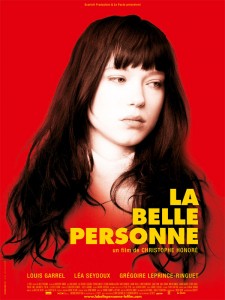 16-year-old Junie changes high school mid-year, following the death of her mother. All the boys want to date Junie, and she chooses the quietest among them, Otto Cleves. But soon after, she encounters the great love of her life, Nemours, her Italian teacher. The passion that burns between them is, however, doomed. Junie refuses to give in to her feelings and persists in denying herself happiness, which in her eyes is merely illusory.