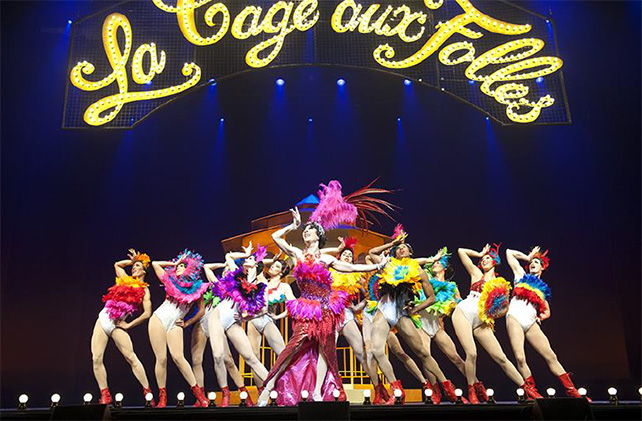 Come April 2017, W!LD RICE will bring the best of Broadway to the Victoria Theatre with its brand-new production of La Cage Aux Folles. Dazzling in wit and spectacle, this award-winning musical charmed audiences and critics alike when it first played at the Esplanade Theatre in 2012. The Straits Times described La Cage Aux Folles as a show “oozing unabashed joy, a passion for life and an unerring belief that the best of times is now”.

To re-imagine La Cage Aux Folles for an increasingly divided world, Goei has assembled a crack team of designers who are among the very best Singapore’s theatre scene has to offer. The show will feature music direction by Elaine Chan, choreography by Lisa Keegan, sets by Eucien Chia, lighting by Mac Chan, costumes by Frederick Lee, hair by Ashley Lim and make-up by The Make Up Room.

Close to 35 years since it premiered on Broadway, La Cage Aux Folles is as relevant today as it ever was with its themes of family, love, acceptance and being true to oneself. Featuring Harvey Fierstein’s sparkling script and Jerry Herman’s classic songs (including I Am What I Am and The Best of Times), W!LD RICE’s unmissable production of La Cage Aux Folles will demonstrate precisely why the show remains a musical comedy classic.