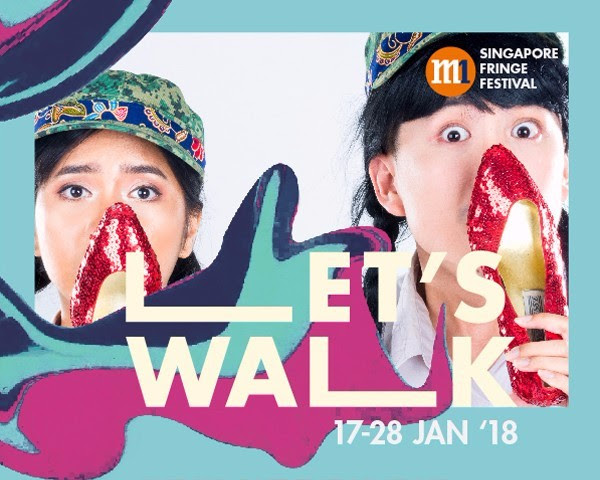 Let’s Walk is the first in a series of Fringe instalments themed around iconic Singaporean artists and their signature works, and Singapore and international artists are invited to respond to them with their own new or existing works.

The 2018 theme Let’s Walk comes from the title of a series of striking street performances by eminent Singaporean contemporary artist, Amanda Heng. Amanda began this series in 1999 and performed the work in Singapore, Japan, France, Poland, Indonesia, Sweden and Spain.

Amanda created the work in response to a range of worrying trends she was concerned about in the late 1990s, and are still concerns to this day. In 1997, Asia had been hit hard with a financial crisis. Many people lost their jobs and businesses, but women seemed to be the first to get retrenched.

Curiously and disturbingly, the beauty business did especially well at this time, as women were pressured to look better than their natural best. In Amanda’s own words, “A lot of Singaporean women were ‘upgrading’ themselves, going to beauty salons, having plastic surgery and so on to keep their jobs. A woman’s looks are still worth more than her abilities.”

In her performance, Amanda invited members of the public to join her in walking backwards along the streets with high-heeled shoes in their mouths, while trying to guide themselves with handheld mirrors.