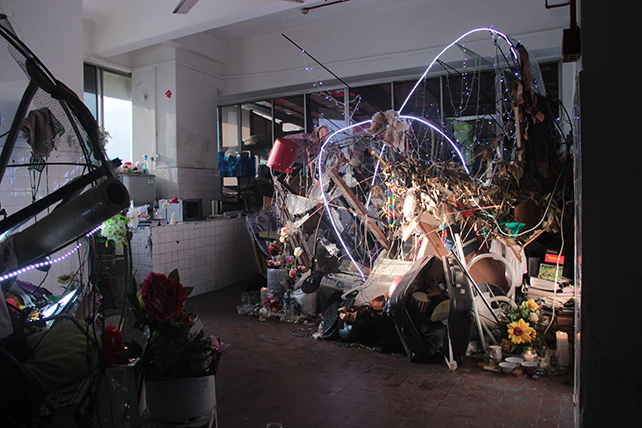 We watch, as the machine of optimisation has perfected itself and exceeded its myth. Surplus is now adulterous. No more words for rot, decay, contamination, excess, overflow and deterioration. Four planets have been hollowed out, limp beach balls on a vacuum desert, the great drift of things orbiting around these cornucopias of consumer choice: sorted into categories, pulverized into dust, atomised into particles, dematerialised into. No wasteland between the garden and the incinerator.