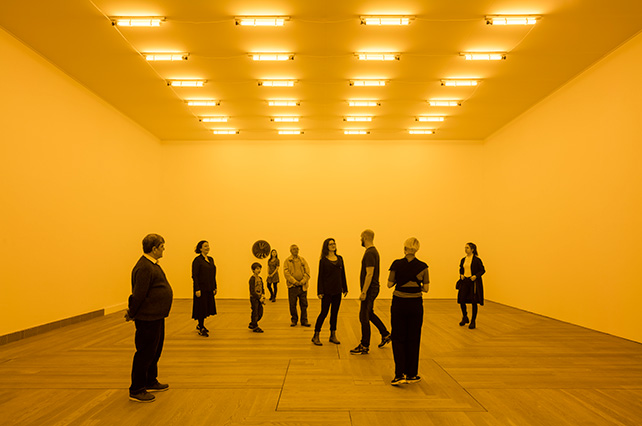 National Gallery Singapore and ArtScience Museum are collaborating for the first time to present the region’s first exhibition focusing on Minimalism. Led by the Gallery and set across these two sites, over 130 works will explore the history and legacy of this groundbreaking art movement, which continues to influence a wide range of art forms and practitioners across the world today.

Dr. Eugene Tan, Director of National Gallery Singapore said, “This institutional collaboration will enable us to extend the scale of the exhibition, to further examine the many rich and complex dimensions of this significant artistic tendency, which has had such an enormous influence on contemporary art and design but has been little seen in Southeast Asia. Its profound impact will become evident through the exhibition set across both venues, each of which will have a distinct focus in our examination of Minimalism. This will further allow both institutions to reach out to and engage different audiences, due to our respective localities and programmatic focus. We hope to further enhance our understanding of Minimalism and its legacies for art today through this exhibition.”

Honor Harger, Executive Director of ArtScience Museum added, “ArtScience Museum is delighted to partner National Gallery Singapore on Minimalism: Space. Light. Object. The curatorial teams at both museums have worked together to create a coherent single exhibition that shows how Minimalism became a radical turning point in the history of 20th-century art, stepping away from the experience of art as an object, to the consideration of the spatial, social and political contexts in which art exists. Playing to our strength as a museum of both science and art, ArtScience Museum will present artwork which meditates on the notions of the cosmological void, emptiness and nothingness – principles which are resonant to both Minimalism and to science. Our show seeks to exemplify the comment often attributed to Albert Einstein that, ‘everything should be made as simple as possible, but not simpler.’”

The exhibition will provide a re-examination of Minimalism’s origins, broadening the scope beyond New York to consider related tendencies around the world. A key aspect is the ongoing engagement of Minimal art with Asian art and spirituality in the work of Asian, American and European artists.