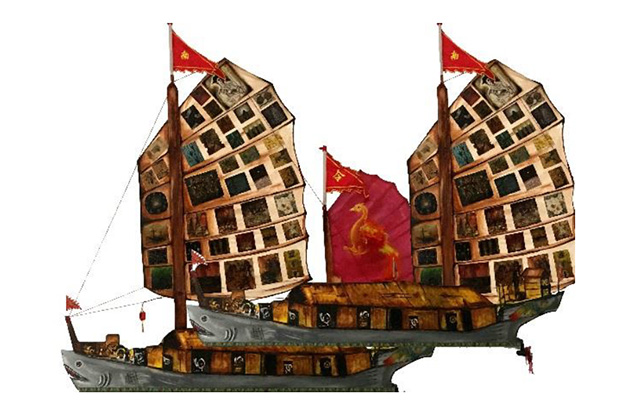 Singapore was once known to the orang laut (the indigenous sea nomads of Singapore and Malaysia) as Pulau Ujong, or “island at the end”, because of its location at the southern tip of the Malay Peninsula. Seafarers travelling between the Straits of Malacca and the South China Sea had to pass by the island. In perhaps the earliest recorded reference to Singapore, Record of Foreign Countries during the Eastern Wu Period, written by Chinese explorer Kang Tai in the third century, claimed that Pulau Ujong was an island inhabited by cannibals with six-inch tails.

Pulau Ujong underwent a change of name more than 10 centuries later in the 14th century, when Srivijayan prince Sang Nila Utama visited it. After spotting an animal with a red body, black head and white breast while hunting, he named it “Singapura” (“lion city”), mistaking what many now believe was a tiger for a lion. Other myths about the origins of the island’s name continue to be created today.

Three artists from different generations — Tang Da Wu (b.1943), Jeremy Hiah (b.1972) and Chun Kai Qun (b.1982) — collaborate on this installation based on local myths and legends created around this little deserted island that has grown to become a role model for many developing countries.