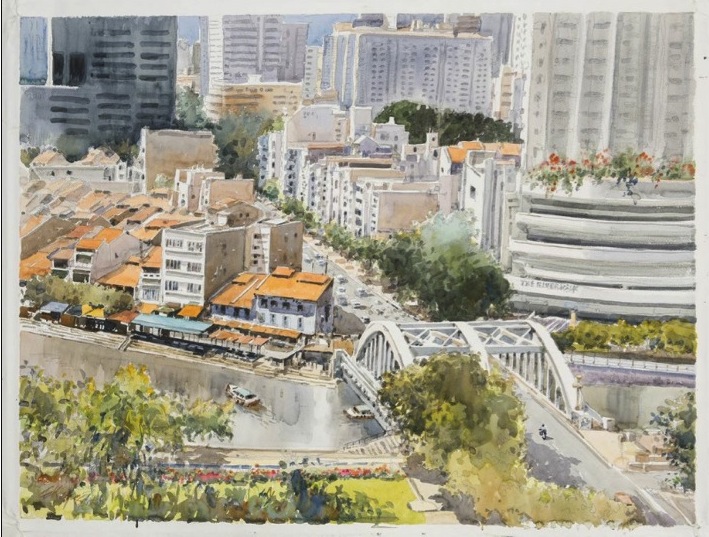 What sets this series apart is not only the rare inclusion of his oversized works (these are his biggest works ever), but also the old and new Singapore all in one painting, which has played a very important part of Mr Ong’s growing up as a Singaporean.

Mr Ong is an award-winning watercolorist who has done Singapore proud by being the first person outside of the US to have won 6 awards from the American Watercolor Society (AWS). Recently he was also awarded as “Master of Asean Watercolourist” at the World Watermedia Exposition in June 2014.

Apart from exhibiting worldwide and winning a multitude of awards, Ong’s works have graced the collections of a number of museums and art galleries as well as the residences of foreign dignitaries such as Queen Elizabeth II of England and Kofi Annan, the Secretary-General of the United Nations.