On Sharks and Humanity 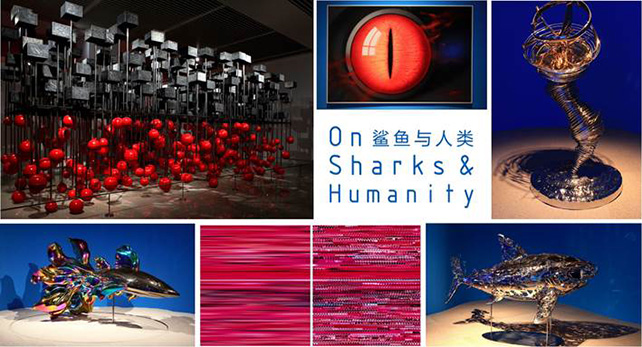 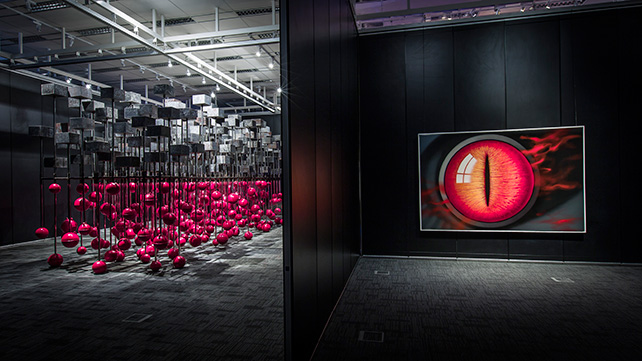 ‘On Sharks and Humanity’ is a global travelling art exhibition addressing the practice of finning and shark protection as a critical environmental issue. The environmentally focused exhibition addresses the topics of shark protection, ocean conservation and the harmful demands of shark fin products through a variety of art forms in the multifaceted, international showcase. Highlighting the unique social role of museums as humanitarian cultural institutions, ‘On Sharks and Humanity’ hopes to improve the public’s perception and understanding of the environmental issue, to inspire change in the world through the power of art. 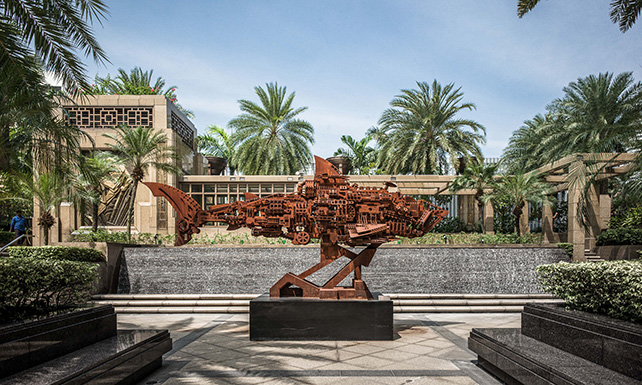 The exhibition features artists from Singapore, China, Hong Kong, Taiwan, Germany and the United States. Uniting the voice of philanthropists, artists, poets, athletes, actors and personalities in a multifaceted exhibition through a variety of mediums spanning installation art, painting, sculpture, photography, performance art, poetry, video and film. The artworks explore and analyse the interdependent relationship between sharks, the ocean, and human beings, challenging prevailing prejudices surrounding this deeply feared creature, bringing to light the importance of sharks in the marine ecosystem and the negative impact of unsustainable fishing on us all. 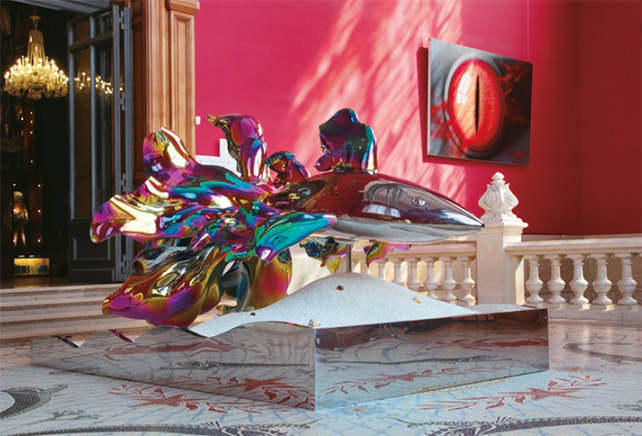 Huang Du, the curator of ‘On Sharks and Humanity’ also shared that “these artworks reflect the participants’ imagination, judgment, creativity and their sense of social duty. The art warns of and parodies mankind’s greed, while advocating for a harmonious existence between humans and nature. The exhibition’s success will help promote public understanding by encouraging audiences to overcome their fear of this mysterious creature. Ultimately, it forces the viewers to confront an often-ignored reality, and challenges them to reconsider their beliefs and actions.”On Sharks and Humanity is supported by leading international non-profit organisation WildAid, whose mission is to end the illegal wildlife trade and reduce the demand for wildlife products, such as shark fin. WildAid works to measurably raise awareness and concern about the impact of the consumption of shark fin soup on shark populations and marine biodiversity.

‘On Sharks and Humanity’ was previously exhibited at the Oceanographic Museum of Monaco from June 2014 to March 2015 before travelling to Moscow and shown at the Ekaterina Foundation from May to June 2015. In a most pivotal move, the exhibition was opened to the Chinese public at the National Museum of China in Beijing from August to October 2015 where it featured close to 50 artworks on the environmental cause. 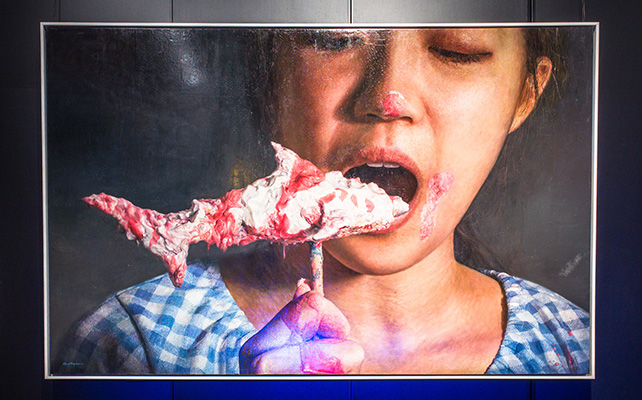 This is Not Food, Nor is this a Dessert – Hou Zhongying

By: The Parkview Museum Singapore