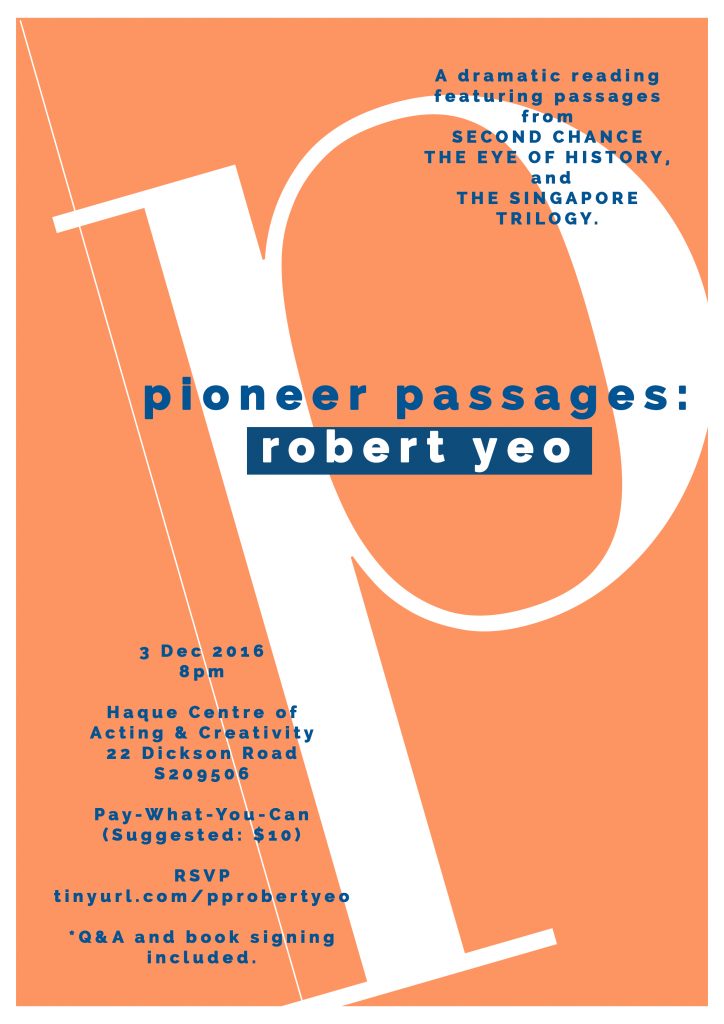 Our literature scene is growing. But as some plays become increasingly celebrated in schools and theatres, others remain buried. Pioneer Passages aims to unravel some of the best lesser-known works by prolific local playwrights.

Our first edition of Pioneer Passages will feature selected scenes from The Eye of History, Second Chance & The Singapore Trilogy by Robert Yeo.

Robert Yeo was born in Singapore in 1940, and is one of the country’s most representative writers. He has been described as having captured the changing Singaporean psyche through his poetry and plays, documenting the country from its nascent years to its coming-of-age. Yeo is also a founding executive director of OperaViva and has recently focused his writing endeavours on opera as a librettist. In 1991, he received the Pingat Bakti Masyarakat (Public Service Medal) for his contributions to drama in Singapore and in 2011, the SEA Write Award for a lifetime of writing.

RSVP via this form.

*The Eye of History & The Singapore Trilogy books will be sold during the event.

In Collaboration With Method Productions

By: Haque Centre of Acting and Creativity