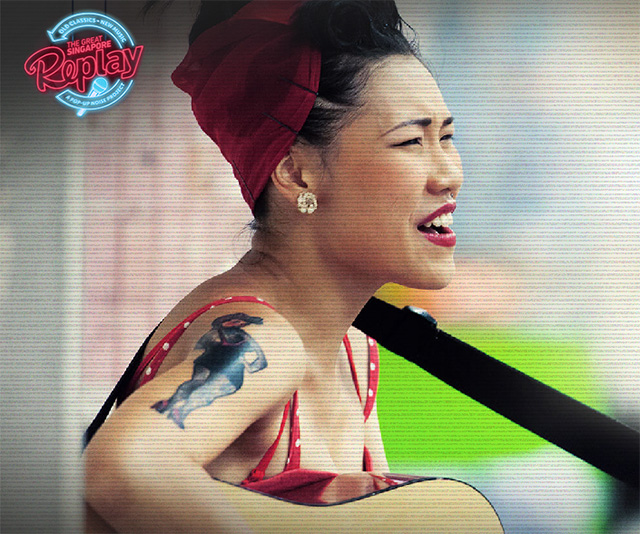 The Open Call of Pop-Up Noise: The Great Singapore Replay (TGSR) is now on till 7 August 2017, inviting all aspiring musicians (aged 35 and below) to submit a cover of any local classic hits in Singapore’s four official languages. Jointly presented by Temasek and the National Arts Council (NAC), participants will stand a chance to win cash prizes and the winner will have the opportunity to perform at a live concert. All entries received will be assessed by a panel of judges based on its content, execution and video viewership.

Applicants will have to record and publish on YouTube a cover of their favourite Singapore classic hit released between the 1960s and 2000s. Three aspiring musicians chosen from the pool of entries will win cash prizes. The top winner will also be given the opportunity to perform their own rendition of a Singapore classic song ‘live’ alongside the 10 emerging artists such as The Betts, Jasmine Sokko, and Umar Sirhan. This will take place at the final showcase to be held on 9 September 2017 at Clarke Quay Central.

All participants will also be entitled to attend a Stage Performance Workshop conducted by homegrown musician and producer, Tim De Cotta, on 26 August 2017. The workshop is a platform for different musicians and music aspirants to learn from and share experiences when it comes to preparing for stage performances.

1. Choose an original song – in any of Singapore’s four official languages – released by a Singaporean artist, between 1960 and 2000.

2. Thereafter, record a cover performance of the selected song.

6. Winners will be announced on Noise Singapore’s Facebook by 26 August 2017.