Postcard from Syria: Art is Peace 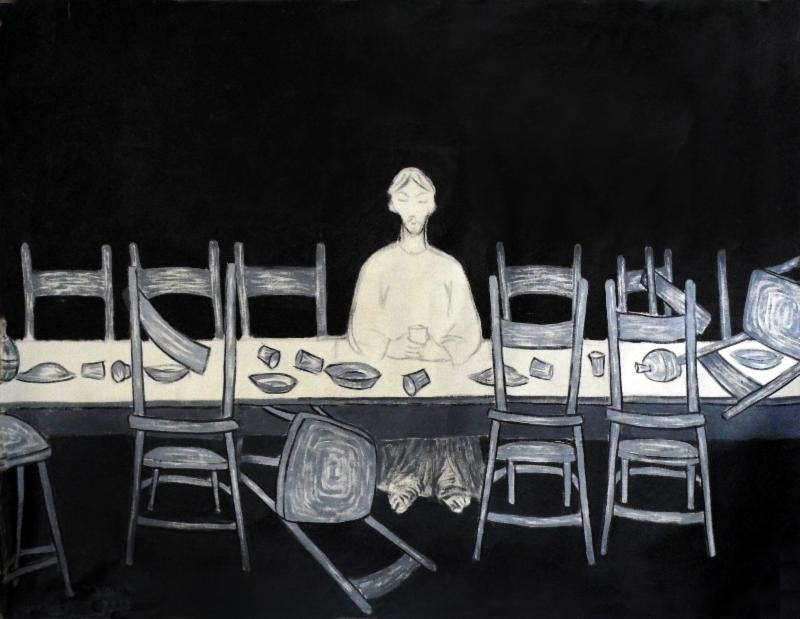 In “Postcard From Syria: Art Is Peace” self-taught Syrian curator and photographer Issa Touma presents, together with Singapore’s Sana Gallery, a vibrant window into Syria’s rich cultural life, where even today loss and fears for the future are drowned in messages of hope and resilience.

Most of the artworks for “Postcard From Syria: Art Is Peace” journeyed to Singapore from Aleppo via Beirut, in yet another poignant Syrian migration story – though this time a migration story for art rather than people.

Some artworks arrived to Beirut by car, others by bus, others were carried on foot. They were gathered slowly there over a period of months, before traveling to Singapore by air and feature works by Syrian artists Hagop Jamkochian (Drawings and Texts), Thaer Hizzi (paintings and sketches), Issa Touma (photography), Yacob Ibrahim (paintings on canvas), Sabhan Adam (painting on canvas) as well as some by the art collective ” Art Camping”.

The paintings tell stories from inside the city of Aleppo, where photographer Issa Touma and the other residents go days without electricity and water. In Aleppo, security is practically non-existent, and the ebbs and flows of war periodically land on your front door courtesy of bombardments, snipers and battles nearby. Often, residents can’t step outside for days and when they do, they take risks unimaginable to the overwhelming majority of humanity that has never seen a war touch it from 50 meters.

20% of the proceeds will be donated to “Save the Children”, in support of Syrian refugees.

Panel talk “What does it mean to make art in the midst of mass destruction”: 18th November 2015, at The Arts House