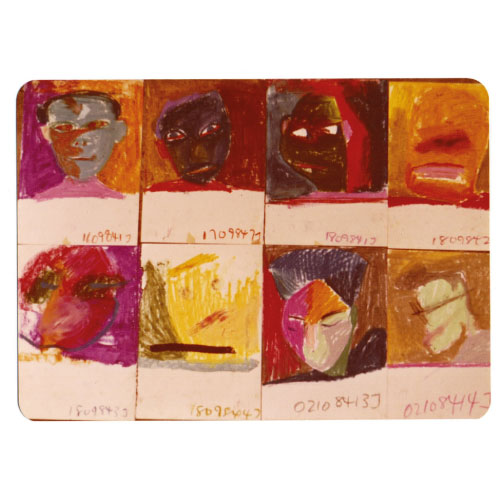 Sketching out shifts and continuities in modern/contemporary artist Jimmy Ong’s practice, Visual Notes: Actions and Imaginings is a prep-room project presenting a constellation of the artist’s earlier sketches, drawings, paintings, photographs, and personal effects. Positioned alongside his completed works such as the large-scale charcoal drawing, Rampogan Macan (2014), these collections of visual memoranda accumulate as an “image bank” constitutive of his artistic process and development. In keeping with the notion of the preparatory study, these pieces commingle to posit thematic ‘studies’: Open modes of inquiry for situating Ong’s extensive practice from the 1980s to the present within broader discursive formations. These ‘studies’ thus trace out points of departure for wider examinations of local/regional historiographies, itinerancies, and artistic production across modern and contemporary temperaments.

Unfolding across several phases, the first iteration of the project proposes three ‘studies’ — of the artist’s figural entities, international landscapes, and “heterogenous tellings” of historico-mythic narratives. The project’s subtitle takes from art historian T. K. Sabapathy’s reading of the Sitayana works made by Ong in 2010. In noting the choice of Sita from the Ramayana as subject, Sabapathy describes how such seminal characters “represent the worlds of human aspirations, actions and imaginings.” Ong’s re-presentations or refutations of such grand notions emerge in minor affective registers, even within earlier depictions of domesticities and familiarities. Such are assemblages of action articulated upon the pictorial plane, irradiating imaginings of possible bodies, places, and narratives.

Jimmy Ong (b. 1964, Singapore) works with a range of media, from large-scale, figurative charcoal works on paper since his first exhibitions in Singapore during the 1980s, to more recent explorations in performance, installation, and video. His practice involves highly personal inquiries into bodily forms and queer(ed) identities, expanding into broader entanglements with regional myths, archetypes, traditions, and historical narratives. His current projects interrogate the colonial figure of Stamford Raffles within Javanese history.

After being awarded a scholarship, Ong studied art at the Centre for Creative Studies, Detroit, graduating in 1986. He later completed a certificate programme at the Pennsylvania Academy of Fine Arts, Philadelphia in 1992. Leaving Singapore in 1996, he was based mostly in the US until moving to Yogyakarta, Indonesia in 2013, where he currently lives and works. The artist has exhibited internationally, recently presenting work in Singapore (Asian Civilisations Museum, 2019; National Gallery Singapore, 2015; NUS Museum, 2013; Singapore Tyler Print Institute, 2010), Hong Kong (Para Site, 2018), Taipei (Museum of Contemporary Art, 2017), New York (Tyler Rollins Fine Art, 2013, 2010), and Yogyakarta (Biennale Jogja XII, 2013). His works are also in the permanent collections of the NUS Museum and the National Gallery Singapore.