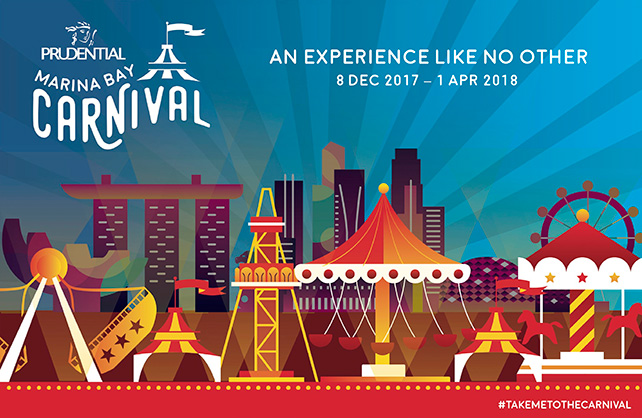 Get ready to close the year with an awesome time as Singapore’s biggest carnival pitches camp at the iconic Marina Bay! From this December, the Prudential Marina Bay Carnival transforms 25,000 square metres of the city’s business centre into a giant wonderland for ardent lovers of thrill rides, carnival games, and delicious cuisines.

Occupying The Promontory and Bayfront Event Space, this unprecedented carnival will comprise more than 40 rides and games – many of which have been brought into Singapore from various European countries, including the United Kingdom, Germany and Italy, for the very first time to excite thrill-seekers and revellers young and old. 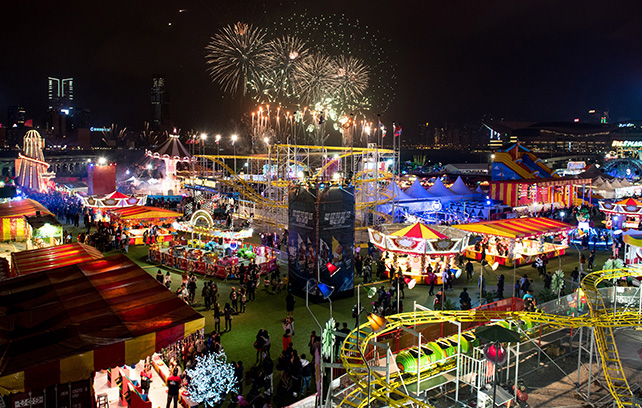 This includes The Star Flyer, the tower ride that enables visitors to take in an uninhibited 360˚ view of the Singapore skyline from a 35-metres height while experiencing the sensation of flying. Another that would challenge the bravest of us is The Booster Maxx, an ultimate thrill ride which stands at a whopping 55 metres above ground rotating at a speed that can reach 96km/hour under eight seconds. Families can also enjoy timeless classics such as the Log Flume with its gentle turns before heading down to a big splash at the end, the Das Fun Schiff pirate ship that takes riders on a voyage as the vessel soars high above while swinging back and forth, and the Apple Coaster where little ones can buckle up and get their first orientation to a rollercoaster ride.

Singapore’s biggest carnival – the Prudential Marina Bay Carnival will open to the public a week later on 15 December 2017. It opens daily from 4pm to 11pm, except Christmas and New Year’s Eve when it will start from 3pm. Admission is free for all, and credits for rides and games can be purchased on-site and online via http://marinabaycarnival.sg.