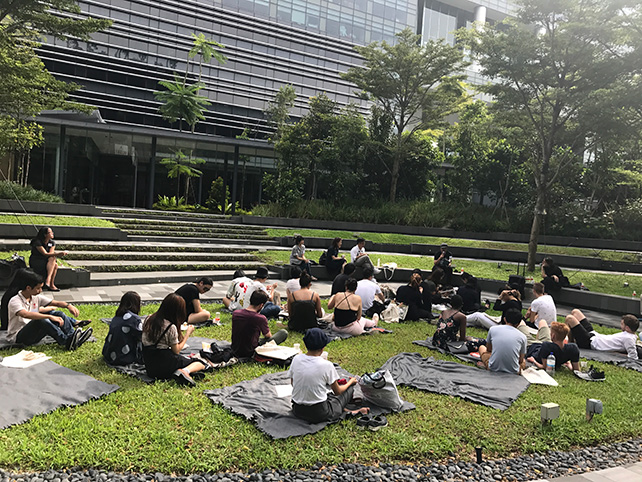 The Public Art Education Summit is the first of its kind in Singapore and part of a larger engagement of NTU CCA Singapore in professional education of public art.

It focuses on cultural place-making and building communities through artistic practices. It aims to stimulate a debate between art professionals, policy makers, urban developers and other local stakeholders, on how and for whom art creates public spaces in our built environment. Any artistic or curatorial initiative in “public space” must address the question of how to construct “a public” and with it, how to encounter identity. Any difference—be it regional and local, ethnic and religious, economic and social—generates its own cohabitation of urban space and public culture to communicate with. The challenge for art in the public sphere lies in its openness to existing and yet, imagined communities of civic urbanism. Ranging from corporate cultural engagement in privately owned public spaces to urban regeneration, the invited speakers draw connections to the beginnings of community engagement in public art with its fluid methods. Furthermore, they suggest a critical look at different artistic and curatorial practices which reflect on “artists as citizens.” Or, how any space called public, first and foremost, is created by the different people inhabiting that space.

Admission to the summit and workshops is free.