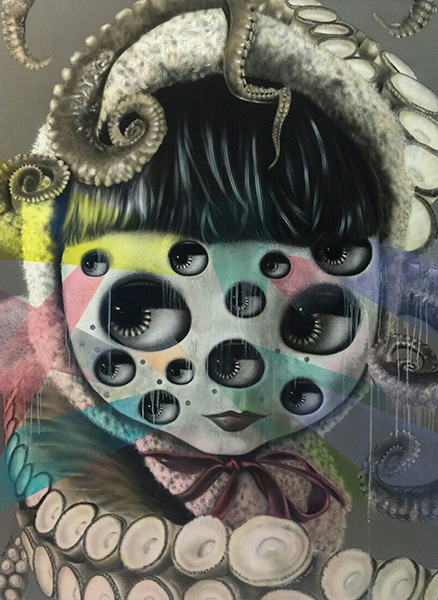 To mark One East Asia’s 5th Anniversary in Singapore, (Purple): Women of Mankind brings together 13 outstanding female artists from Asia, who will show recent work in the first of five special exhibitions scheduled for 2015.

Homegrown artist Tan Chin Chin graduated with a Diploma (Applied Arts) from Nanyang Academy of Fine Arts in 1989, a Post Graduate Diploma (Fine Arts Painting) from Byam Shaw School of Art, London in 1995 and a MFA in Painting from the Parsons School of Design (The New School) in New York in 1998. Since then, she has participated in over 40 group exhibitions in Singapore and internationally and held three solo exhibitions.

She is the recipient of multiple illustrious art awards including the Grand Prize in The 14th UOB Painting of the Year Competition in 1995, the First Prize in the The Philip Morris Group of Companies‟ Singapore Art Awards in both 1994 and 1993, and the Tan Tze Chor Art Award in 1991. She has also completed commissioned projects by both local and international organisations including Singapore Airlines, Le Meridien Hotel in Kuala Lumpur, Pudong Shangri-La Hotel in China and Crockford Towers, Resorts World Sentosa, Singapore.

Purple is the colour of royalty, of spirituality and of the higher consciousness. For One East Asia the colour signifies the equal mix of man and woman, a counterbalance of blue and red. A show dedicated to women artists is not to separate them, to represent them as Simone de Beauvoir’s ‘Other’, but to bear testimony to the platform they occupy within the international discourses of contemporary art, and to the surfeit of talent they possess. Gender is rendered irrelevant: the works speak. 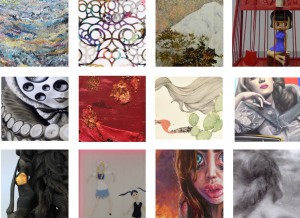