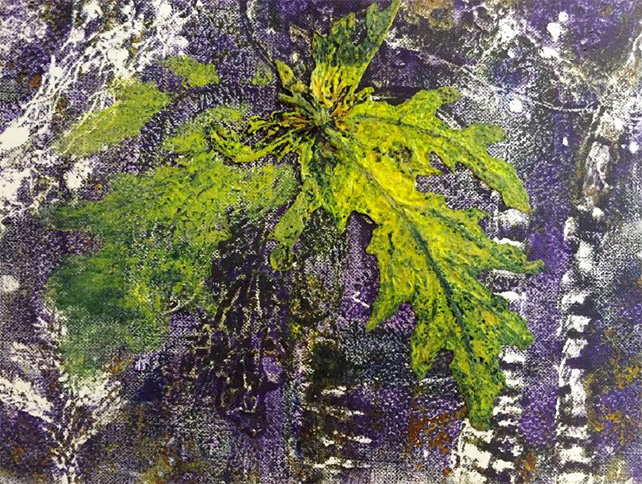 This exhibition encompasses photographs, monotypes and one oversized mixed media painting on canvas, which is an imprint of the Singapore sidewalk.

Following the success of Kavita’s debut solo show of painting, “Of Time, the Elements and their Essence”, “Queen of Sheba” focuses on her creative process. This process starts during morning walks by spotting, observing and collecting natural and urban elements. Sometimes, Kavita is so mesmerized by what she observes that she takes a photo on the spot. Most of the time, the Montage is composed by combining textures, forms and colours.

“Queen of Sheba” refers to the artist’s childhood memory. Kavita enjoyed playing this game, which consisted of collecting pebbles, flowers, leaves and other botanical treasures, during long walks with her mother. Since 2012 she has been reviving this game every morning in her urban neighborhood of Singapore, collecting and composing Montages, which she shares with a growing number of followers on facebook.

The legend of the Queen of Sheba, is mentioned in the Bible, Quran, Jewish Aggadah, and Kebra Nagast. The common belief is that the Queen came from the very rich kingdom of Saba, which is located in present day Yemen, to visit King Solomon in Jerusalem. Taking place in Kampong Glam, where Intersections gallery is situated, the title of the exhibition resonates with the Arab heritage of the neighbourhood. 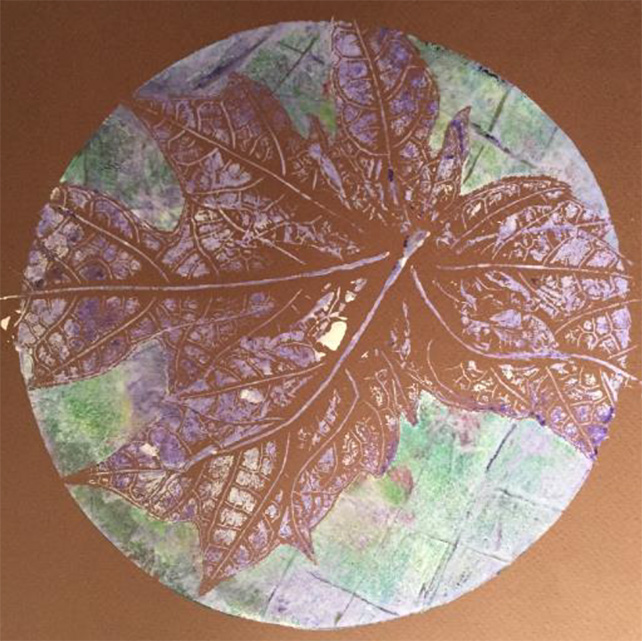 For Kavita, nature is too perfect to be represented and her morning walks inspire her abstract paintings, which reflect moods and emotions invoked by her surroundings.
Kavita’s objective is to invite everyone to follow her in a treasure hunt which epitomises our life journey:

“The bits of bark, leaves, twigs, roots, shoots and flowers I am drawn to on the sidewalks are talismen of hope. They mirror colour, patterns and textures seen in the wider macrocosm and provide inspiration for all our inventions.”