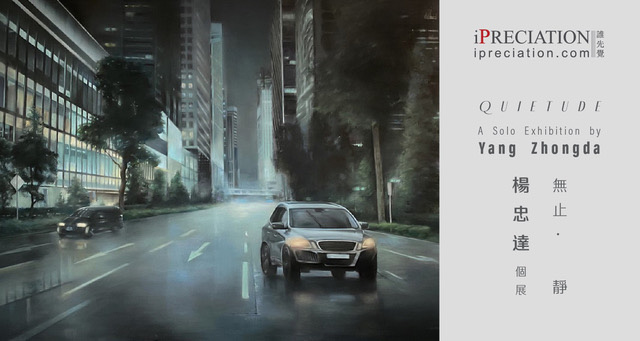 iPreciation presents 22 pieces of works created between 2015 – 2021, his first solo exhibition titled Quietude. Yang was born in Singapore. He graduated in 2015 from The Nanyang Academy of Fine Arts, majoring in Western Painting. Our affinity with Yang began in 2015 after his graduation. Since then, he visited and presented his artworks whenever he created new pieces, at the same time discussing his ideas. Yang’s acrylic paintings first made an appearance in When Space Dissolves into Luminosity; Where Flowers Bloom Amidst Rocks, a group show in 2017. Soon after, he forged a newfound affection for pastel and he made this medium a definite choice for his later creations. His fondness for drawing as a form of expression and the appealing nature of pastel pigment application created a special visual for his paintings. However, the virtuosity shown in his visualisations would not have been possible without his meticulousness and introspective personality.

Yang’s keen eye for detail allows him to consistently find meaning in the overlooked corners of the urban scene, often zooming into the quintessential, producing photography-like works. His rigorous approach to art has produced an exceptional visual diary of the contemporary, a fascinating take on everyday observations.