Radical Curiosity: In the Orbit of Buckminster Fuller 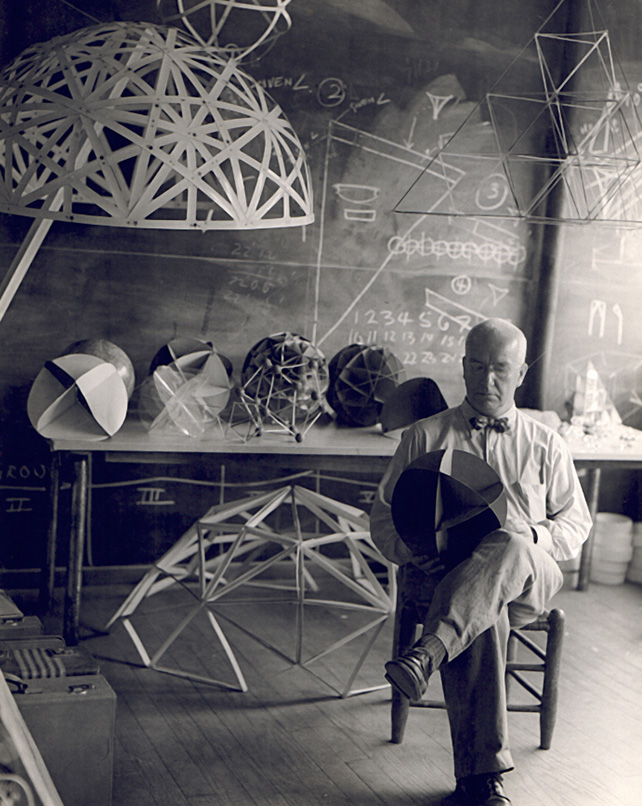 Journey through the universe of Buckminster Fuller, an inspirational figure of the 20th century, an inventor and visionary who worked across multiple disciplines including art, science, architecture and design, with the aim of changing the world. Opening on 22 January 2022 as part of Singapore Art Week, Radical Curiosity: In the Orbit of Buckminster Fuller at ArtScience Museum celebrates Fuller’s work and his enduring legacy.

Best known for his invention of the geodesic dome – which later inspired the Spaceship Earth ride at Walt Disney World Resort’s Epcot theme park, Singapore’s Jewel Changi Airport and countless other children’s playgrounds – Fuller’s obsession with tensegrity and the rules of geometry led him to revolutionary discoveries in balancing compression and tension in building. Despite his success in this field, Fuller did not restrict himself to a particular area of study. Instead, he worked collaboratively and across disciplines as a self-declared ‘comprehensive anticipatory design scientist’, working to solve pressing global issues including housing, shelter, transportation, education and energy.

Fuller’s true impact on the world today lies in his everlasting influence on generations of designers, architects, scientists and artists working to create a more sustainable planet. He played a crucial role in the discovery of a new carbon molecule and was a key influence during the early career of renowned architect, Moshe Safdie, amongst others. Radical Curiosity brings together works by contemporary artists, architects and designers including Safdie and Neri Oxman who have drawn inspiration from Fuller’s lifelong experimentation.