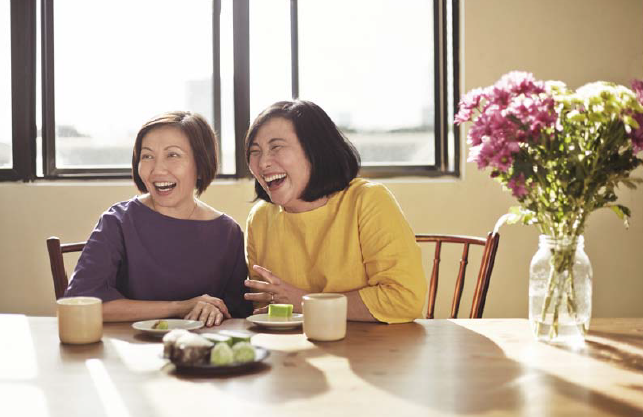 As long-time friends and fellow theatre artists, Claire Wong and Noorlinah Mohamed would often meet and talk about their mothers and the complexities of living—and not living—with them. One mother is Cantonese-speaking and impetuous; the other speaks Malay and is quietly stubborn. Both are smart, sharp and strong. Both are wonderful cooks.

First staged in 2006 and revisited in 2009, Recalling Mother in 2016 is an on-going conversation that has evolved along with Claire’s and Noorlinah’s relationship with their respective mothers over the years. As they and their mothers grow older, the bond between parent and child has changed. The caretaker has become the dependant. What happens when the body begins to age? What does love mean to a mind that is beginning to fade? And so, the conversations continue.

Poignant, moving and funny, Recalling Mother celebrates the joys and challenges of motherhood—and daughterhood.
Performed in English with some Cantonese and Malay.