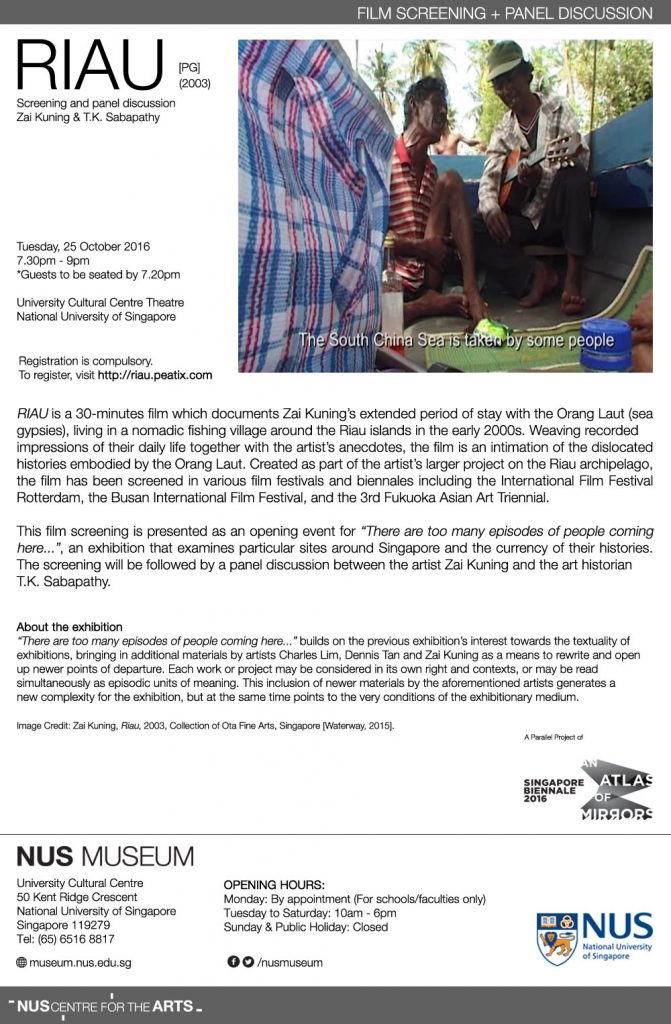 RIAU is a 30-minutes film which documents Zai Kuning’s extended period of stay with the Orang Laut (sea gypsies), living in a nomadic fishing village around the Riau islands in the early 2000s. Weaving recorded impressions of their daily life together with the artist’s anecdotes, the film is an intimation of the dislocated histories embodied by the Orang Laut. Created as part of the artist’s larger project on the Riau archipelago, the film has been screened in various film festivals and biennales including the International Film Festival Rotterdam, the Busan International Film Festival, and the 3rd Fukuoka Asian Art Triennial.

This film screening is presented as an opening event for “There are too many episodes of people coming here…”, an exhibition that examines particular sites around Singapore and the currency of their histories. The screening will be followed by a panel discussion between the artist Zai Kuning and the art historian T.K. Sabapathy.

The screening of ‘RIAU’ is a Parallel Program of Singapore Biennale 2016 ‘Atlas of Mirrors’.