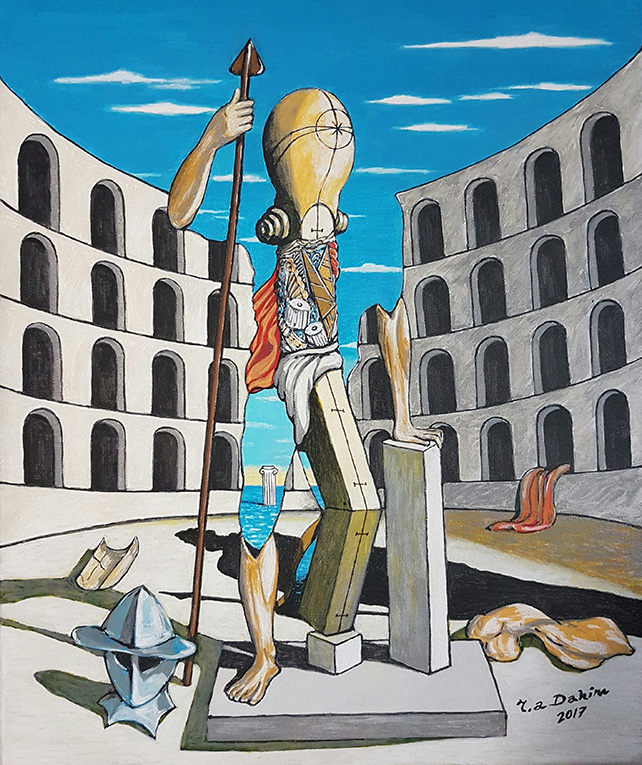 Rosihan Dahim Solo Art Exhibition – Closer to our Dream presents a special retrospective look into one of the pioneers of the surrealism art movement in Singapore – local artist Rosihan Dahim, and the many facets in which he draws upon his own subconscious thoughts to challenge preconceptions of art.

Beginning his journey at the Nanyang Academy of Fine Arts, Rosihan first experimented with themes relating to the psychoanalysis and metaphysical of nature before going on to discover Dadaism and Surrealism, exponents of the avant-garde art movement in the 1970s. Rosihan gained widespread recognition from the art community in 1980 after his first solo Matchstick painting series at the National Museum Art Gallery in which he used matchsticks to portray human beings. His pieces have also been featured in various film documentaries and publications, including his art book One Mind One Theory which was published in 2014.

Collectively, Rosihan’s pieces draw from the his plethora of vast personal experiences and his deep interest in literary works about the French and Spanish revolution. They are a visual reflection of the inner workings of his mind and are also a social commentary about the over-indulgence of our modern society and the existence of spirituality that prompts viewers to rethink about the various preconceptions and norms that exist in our world today.