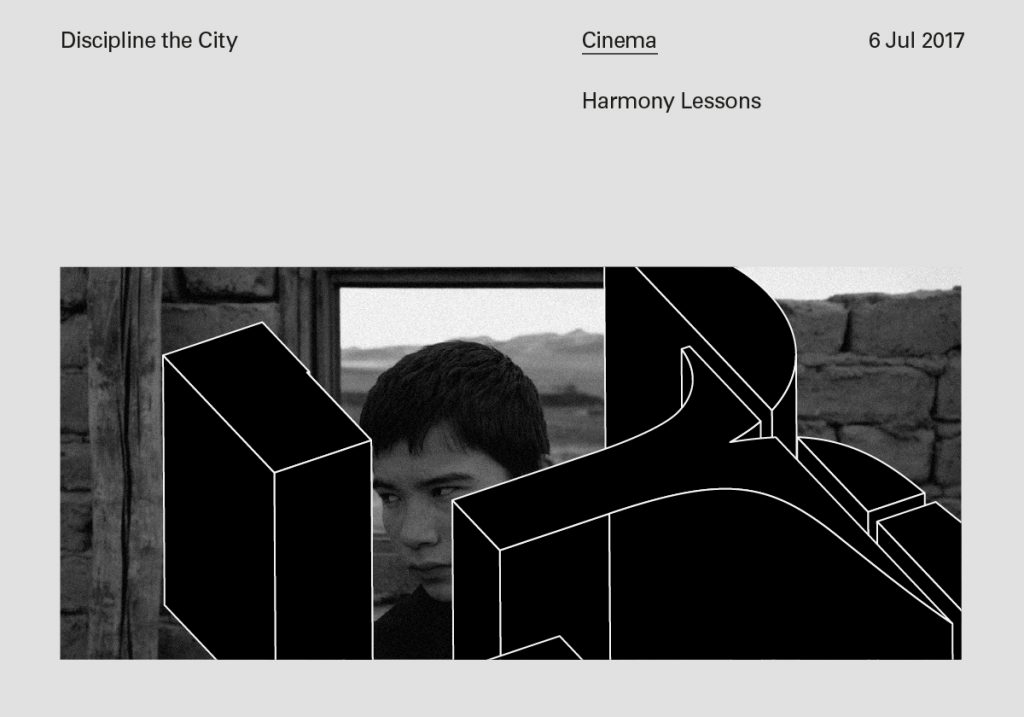 Aslan, a 13-year-old boy living with his grandma, is a student in a high crime rate village school in Kazakhstan.Corruption and violence conflict drastically with his obsession for perfectionism. Aslan sees all the evil in the school gang leader Bolat, who humiliates him in front of all his classmates and extorts money to all the kids, beating them up severely.​ ​Out of good motives to rid his school of crime, Aslan decides to take action against Bolat…

This screening is the third film in the CINEMA series, a platform for The Substation’s Discipline The City 2017 programme.
From hyperactive cities to languid villages or post-apocalyptic slums, CINEMA explores the urban conditioning of bodies by routines, ideologies or police control. Anchored by the opening film of Tokyo!, the four selected films follow protagonists as they struggle to rise above cyclic states of discipline. Through the sub-themes of Transformation, Anarchy, and Rebirth, the collection reveals how places shape their inhabitants.