She Smiled at Me – Solo Exhibition by Kenny Pittock 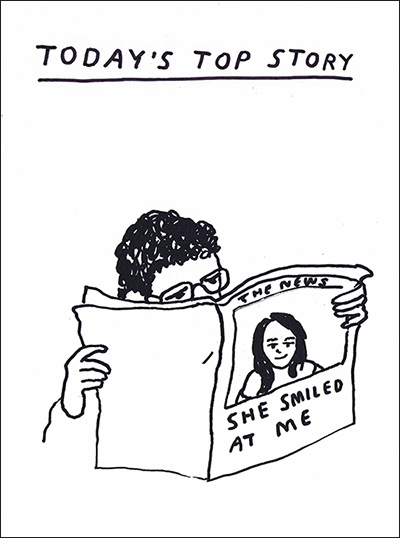 Meet Kenny Pittock, Australian artist (b.1988) based in Melbourne who enjoys his part-time work as supermarket shopping trolley collector.

Kenny’s visceral and humorous works take the form of drawings, zines, ceramics, paintings and videos, responding to encounters on daily one-hour train commute to the studio near Flinders Street in central Melbourne, or fans at Eminem and Blink 182’s concerts. There are also ceramic book sculptures signed by their own authors such as Judith Lucy, Miranda July, and Brent Harvey; Ai Wei Wei’s passport as a sculpture signed by the man himself; Ken Donut after the Australian artist Ken Done; bananas, candies, popsicles and various other pun-ny sculptures.

Curated by Khairuddin Hori, She Smiled at Me, will be Kenny Pittock’s first exhibition in Singapore and outside of Australia. Kenny will also be conducting drawing workshops for the public, as well as special drawing tours in association with several Singapore based artists.