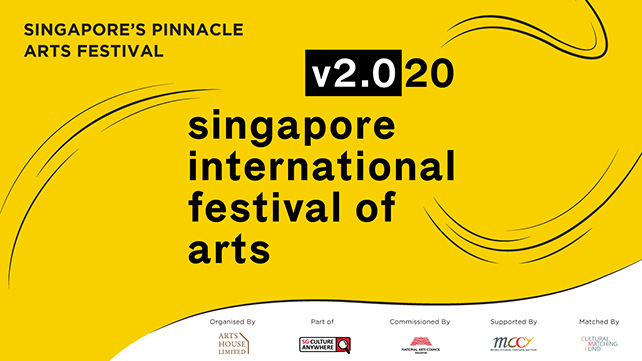 Accessible through the new SIFA All-Access online platform, SIFA v2.020 features a series of curated virtual events including talks, workshops, performances and more from 25 May 2020 till the end of the year.

Four arts groups who were commissioned to premiere new work at SIFA 2020 will work with the SIFA team to create online content from late May to December this year. Audiences can anticipate online talks, workshops and vodcasts centered around their productions: OIWA – The Ghost of Yotsuya by The Finger Players, Three Sisters by Nine Years Theatre, A Dream Under The Southern Bough: Existence by Toy Factory and The Year of No Return by The Necessary Stage. Their engagement with SIFA will culminate in the world premieres of their works which will be presented in SIFA 2021.

Audiences can look forward to the following live shows during the festive season:

The mbrown Show LIVE!
For the first time ever, mrbrown takes his popular internet show onto a live theatre stage, as part of the international debut of mrbrown Show LIVE! The performance will feature a reimagined experience of his popular podcast and will include new material from his soon to be launched music album. The live show which will be held at KC Arts Centre on Christmas and Boxing Day, will also see a special appearance by acclaimed poet, Marc Nair, and fellow blogger Mr. Miyagi.

Sound Social
Get up close with sound and electronic artists, Planeswalker and Zul Mahmoud in two intimate sessions of Sound Social at the Goodman Arts Centre Black Box this December. Experience the creation of soundscapes through technical wizardry, unconventional performing techniques, and organic instrument building, as the artists takes you on an audio journey. In addition to the live performances, sessions by Planeswalker and Zul Mahmoud will also be livestreamed on SISTIC live, alongside weish of .gif, who will present a sound session, which will be available as video-on-demand.