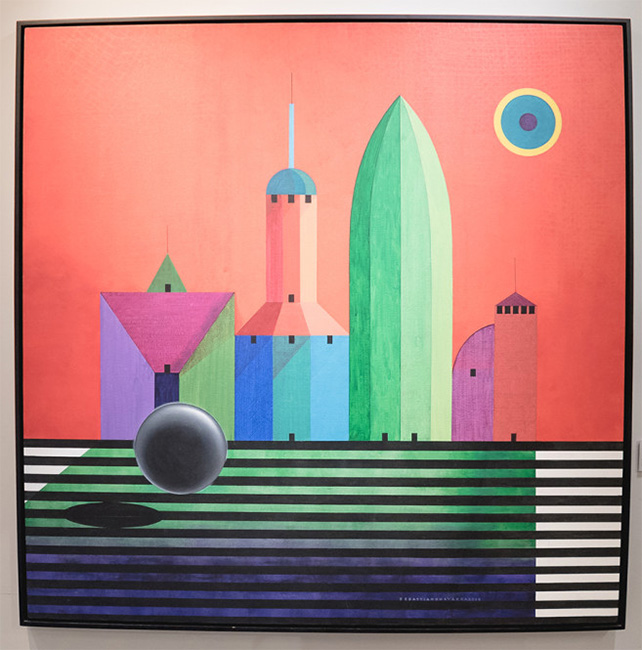 Metaphysical Art arose in Italy during a periodically historic movement where Avant-garde met Futuristic Art and imposed itself in a conceptual opposition. Where the futurism motion is velocity and dynamism, the metaphysical is all motionless, static, without time, where spaces and things turn to stone in absolute silence.

The reality of Metaphysical Art resembles the one we already know and see… but when we look with more attention the light and colours become unreal. The geometry of perspective seems to create plausible spaces but is deliberately distorted creating innovative imagery.

The total absence of life in the Metaphysical Art increases this sensation of empty, magical silence. In Navarra’s newest series of work, titled ‘Silent Cities: A Post-Metaphysical Expression’, he remains within the rules and guidelines of Metaphysical Art, but the inventiveness of this collection depicts the frequent, fantastical dreams that played out in his sleep, forming a modern vision more at the present moment, but actualised by its historic evolution.