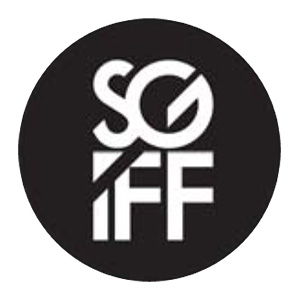 The Singapore International Film Festival (SGIFF) has announced that applications for their Film Fund will be open from 1 Dec 2020 onwards.

The Tan Ean Kiam Foundation – SGIFF Southeast Asian Documentary Grant (SEA-DOC) and the SGIFF Southeast Asian – Short Film Grant were both introduced in 2018 to support the development of inspiring and thought-provoking films within the region. The grants have been successful, producing projects that have received recognition at established film festivals all around the world: winning the Fédération Internationale de la Presse Cinématographique (FIPRESCI) at the International Documentary Film Festival Amsterdam and the Amnesty International Award at the Thessaloniki Documentary Festival (Aswang) and been selected for the Busan International Film Festival (Binh).

This year’s festival will also see the world premiere of three of SEA-DOC Grant recipients: Aswang, Citizen Hustler and Ploy, and three screenings of our SEA-SHORTS: Binh, Judy Free and Nursery Rhymes, with tickets for the latter two already sold-out. The screenings will be held together with panel discussion that explore Southeast Asian Identities through Documentary.

“The SEA-DOC grant has helped us tremendously in allowing us to complete the project Worship in the way that the director has originally envisioned. In documentary filmmaking, where resources in this region are very limited despite the steadily growing scene and with a lot of fascinating stories to tell, the grant plays a significant role in supporting new generations of filmmakers,” said Uruphong Raksasad, director of Worship.

“We believe documentary film is a powerful tool that helps us confront complex, and oftentimes, troubling realities within our lives and the world around us. These timeless stories play a crucial bridge between rethinking our past and reimagining our future,” said Tan Keng Leck, Vice Chairman of the Tan Ean Kiam Foundation.

In the upcoming year, SGIFF will be awarding four SEA-SHORTS grants, double the number that was previously offered. Each recipient will receive a cash amount of S$4,000 and post-production support worth S$4,000. The grant is open to all genres including drama, animation, and experimental short films.

Interested parties may submit their applications from Tuesday, 1st of December 2020. Application and submission guidelines are available at https://filmacademy.sgiff.com/sgiff-film-fund/. For more information about the Singapore International Film Festival, please visit https://www.sgiff.com/. Follow us on Facebook @sginternationalfilmfestival and on Instagram @SGIFFest