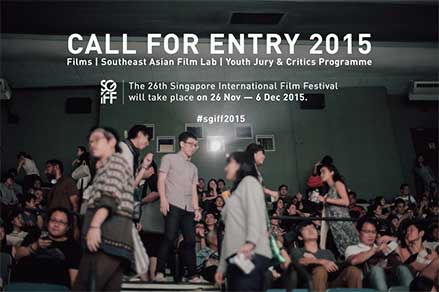 The Singapore International Film Festival (SGIFF) returns for its 26th edition from 26th November to 6th December 2015! Film submissions are now open till 21st August 2015 at www.sgiff.com/submissions. It will consider all feature films and Asian short films that are at least a Singapore premiere, and have not been broadcasted on TV nor been made available on the Internet. In addition, SGIFF also announced the call for applications for its Southeast Asian Film Lab and Youth Jury & Critics Programme.