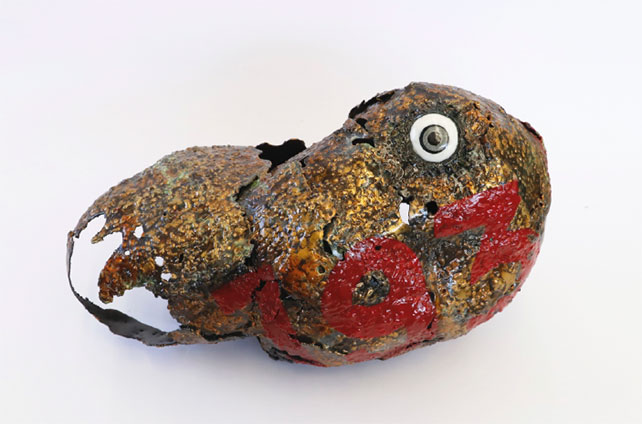 The bloodless coup of 1932 was a turning point in Thailand’s history that ended almost 800 years of absolute monarchy. King Prajadhipok (Rama VII) was forced to adopt a constitution and submit to the people’s rule that led to the establishment of modern Thailand and beginning the civilian-military rivalry for control of the government of Thailand. Since then, Thailand has had twelve successful coups, and many more coup attempts; more than enough for multiple lifetimes.

In SUBHUMAN, Komkrit further delves into a culture driven by grand narratives, the ruling elite, where the local narratives, the ordinary people are overpowered and usurped into one universal scheme, plutocracy (government by the rich) and cronyism (benefits for the rich only). This oppression evokes biases and wrong perceptions of individuals, in concert with the social stratification widening socio-economic disparities; where the middle class was nothing to speak of, and the poor were the majority. But, like the rest of the world, rising literacy of the populace and rise of the social media in Thailand, are few of the tipping points that begin to crack the veils blinding the masses.

Gallery hours: Mondays to Friday 11am – 7pm,
Saturday by Appointment only, Closed Sundays and public holidays.