Paco Ferrando’s world is a restless one. Having spent most of his 40-year career depicting the sea, Paco’s sea waves are gravitating and magnetic. The unfurling of waves close to the shore contains a duality: the peaceful and the violent. The dual nature of these waves is clearly depicted in Ferrando’s diptyches in this exhibition. With the longest spanning some 2.5 metres, these waves act as mirrors to human nature, reflecting and recreating the turbulent and placidity in every individual. 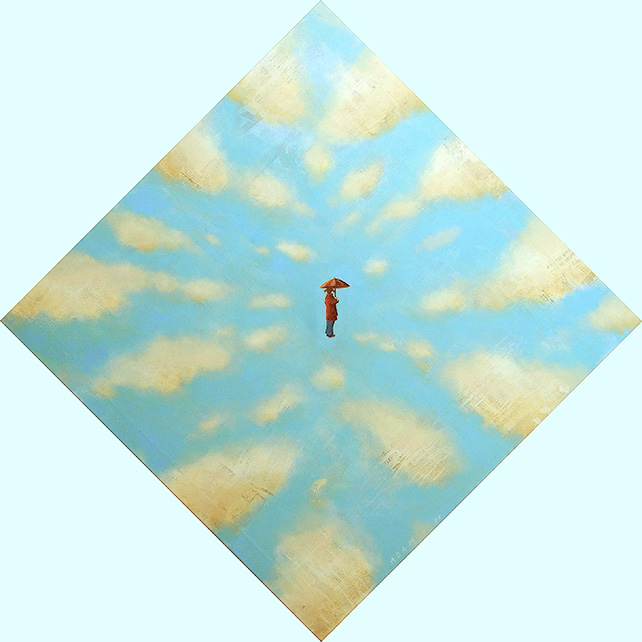 Fernando Adam’s world is an unforgiving one. Underneath the paint, Adam places layers of newspaper to serve as a reminder of a world fascinated by gossip and rumour. However, a certain innocence permeates his works in this exhibition. In “Lucy Thinks It’s Going to Rain”, Lucy holds an umbrella and travels into a never-ending sea of clouds. In this series, Adam questions society’s interest in modern civilisation and its influence on women and children