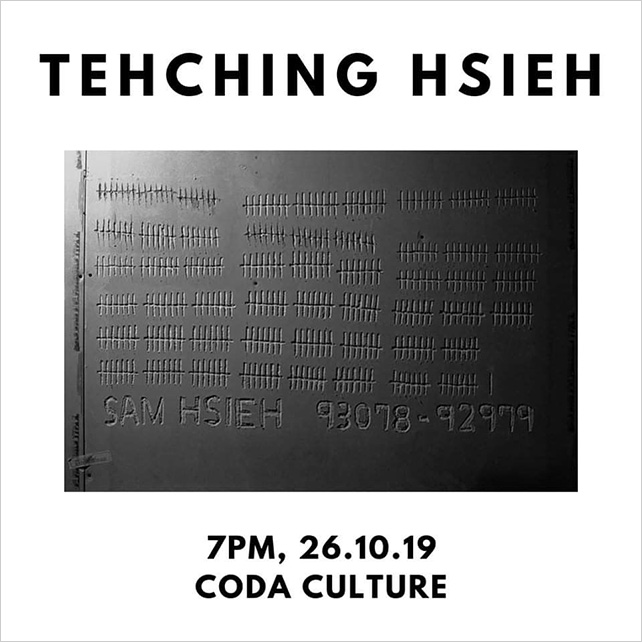 Critically acclaimed performance artist Tehching Hsieh, called a “master” by Marina Abramović, exhibits his ‘One Year Performance 1978-1979 (Cage Piece)’ at Coda Culture. Attend the opening at 7pm on 26 October to meet the legendary artist in person.

Summarized biography: Starting in the late 1970s, Hsieh made five One Year Performances and a ‘Thirteen Year Plan’, inside and outside his studio in New York City. Using long durations, making art and life simultaneous, Hsieh achieved one of the most radical approaches in contemporary art. Since the millennium, released from the restriction of not showing his works during a thirteen-year period, Hsieh has exhibited his work in North and South America, Asia and Europe. His recent exhibitions ‘Doing Time’ was presented by the Taiwan Pavilion at 57th Venice Art Biennale 2017, and ‘One Year Performance, 1980-1981’ was exhibited at Tate Modern, London in 2017-2018.