The Architecture of Simplicity 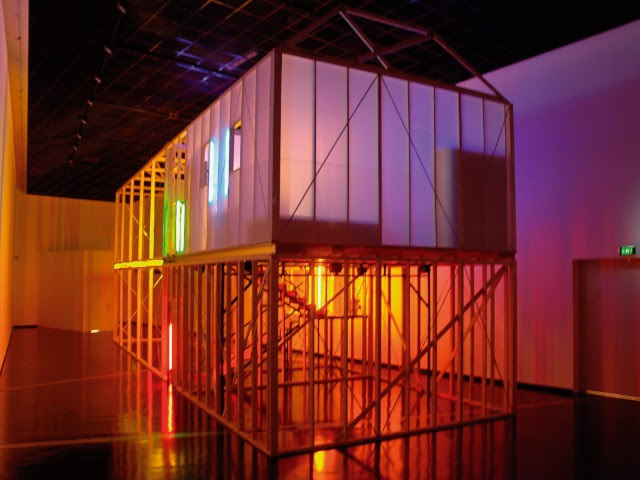 The ritualized exchange between visible and invisible, form and substance, mind and beyond-mind forms both intent and outcome of four major projects I have undertaken over the last fifteen years: A Calvinian Architecture (2001); A Second Simplicity (2005); Slowly Walking Downhill (2015) and Tonglen: from the Opaque (2016 -).

The content of each of these undertakings has been generated from memory (socialized and individual) and from an undecipherable origin of things, or the ’gorgeous nothings’ that Emily Dickinson reverentially elevated to the source strewn along our life-paths, usually overlooked by the traveller. The imagined spaces of such origins have been described and affirmed by such luminaries as Dickson, Jorge Luis Borges, Franz Kafka, Italo Calvino, Samuel Beckett, Giorgio Agamben, Helene Cixous, and Luce Irigaray. The tenuous architecture I have constructed in these works has resulted from invisible ‘gorgeous nothings’ and from collecting evidence of others’ existences. This talk will address the gestation process and show how each project has evolved into its final form as an archaeological site.

Domenico de Clario is an interdisciplinary artist, writer and musician. Having studied Architecture at Melbourne University, Painting at the Accademia di Belle Arti di Brera, Milan, and Lithography at the Accademia di Belle Arti di Urbino, he holds a PhD from Victoria University, Melbourne. He has presented more than three hundred solo exhibitions, installations and performances worldwide and has been the beneficiary of numerous grants and residencies, including the Australia Council Fellowship. He has published three books of short stories and six compact discs of his musical performances. Domenico was Head of Contemporary Arts and Associate Dean at West Australian Academy of Performing Arts in Perth, Head of Fine Arts at Monash University, and Director of Adelaide’s Australian Experimental Art Foundation. He is currently the Chair of the Arts Mildura Board and Creative Co-ordinator of the Museum of Innocence Mildura.