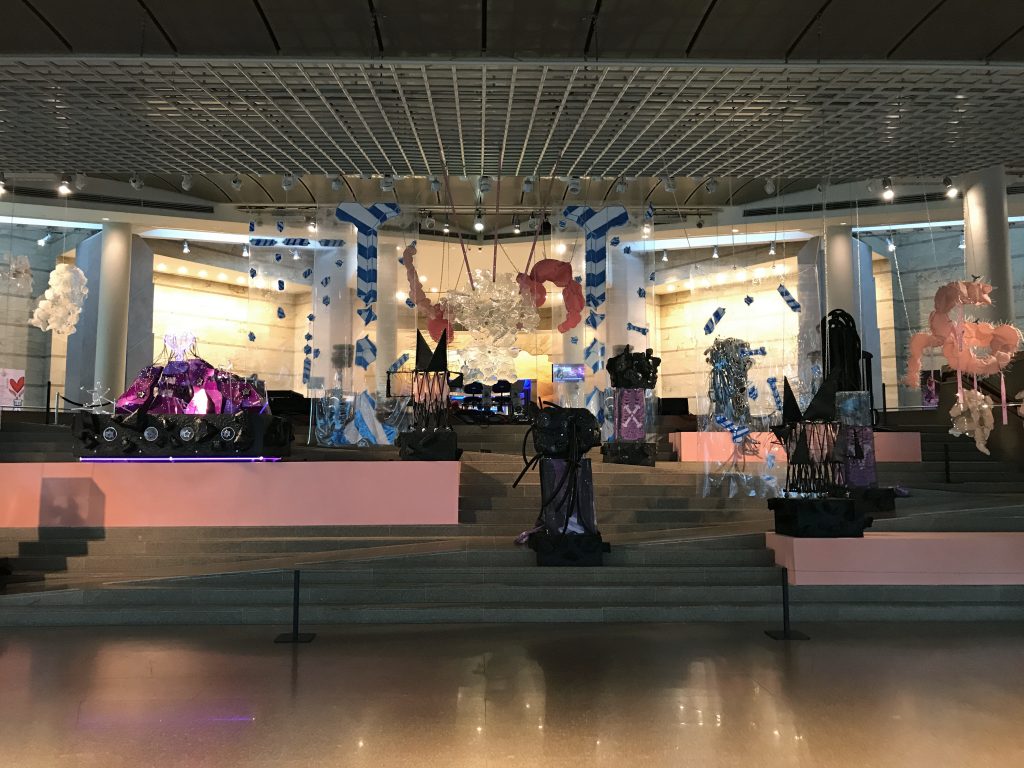 Inspired by Canadian media theorist Marshall McLuhan and English painter Wyndham Lewis, Joo Choon Lin feels that “[we are] like astronauts in the processed world of technology, beings who are fascinated with the unknown, mysterious land”.

As the world’s natural resources are being depleted rapidly to meet the demands of a growing human population, more technologies have been devised to capture the likeness of things and to mimic nature and its forms. For example, what appear to be wooden park benches are actually made of concrete, while objects that appear to be precious stones and marble are actually made of plastic resin. Joo believes that the physicality of the material world can influence our thoughts and emotions as well as social relations and behaviour. As advances in technology bring about drastic changes in our lifestyles and living habits, these subtle changes may slowly effect a biological evolution, and Joo is fascinated with how the human race may evolve through hyper-adaptation.

Her three-part series, The Blinking Organisms, is likened to a morphogenesis process where the spleen (the organ in the human body most associated with depression and anxiety, and which was used by Shakespeare to represent melancholy and hysteria) evolves and morphs into new, mutated forms, set to a rhythm of lights and low frequency sounds, pulsating and blinking as if they are alive—breathing, growing and evolving.

This installation is accompanied by a music composition by Vermillion Team and can be experienced at the following timings:
Mon-Fri 10am – 4pm
Sat, Sun, Public Holidays 10am – 12pm