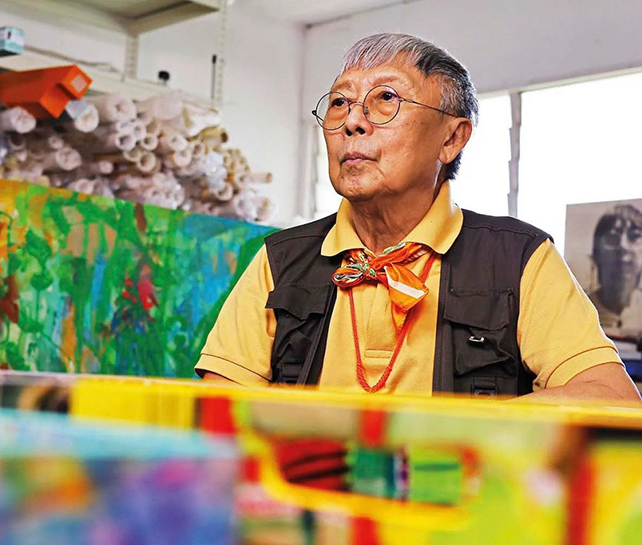 In the local arts scene, Goh Beng Kwan is a pioneering modern artist who has influenced many modern artists who came after him. As a second-generation Singapore artist, he has gained recognition for his large involvement in developing Singapore’s arts scene and for his innovative abstract collage works made from various found materials in his surroundings.

Born in 1937 in Medan, Indonesia, Goh migrated to Singapore with his parents at the age of eight after post-World War II. He received his early education in a Chinese High School and studied art under Chen Wen Hsi and Cheong Soo Pieng, two of Singapore’s pioneer artists. The following years were spent studying oil and representational painting internationally, and in 1964, Goh began to explore the possibilities of abstract collage, embracing his East-Asian roots. Goh incorporated Chinese artistic principles and traditional calligraphy strokes into his paintings and collages and has since exhibited extensively around the world and been awarded many accolades and the Cultural Medallion in 1989 in commendation of his artistic achievements.