The Observatory – Album Launch Concert “August is the Cruellest” 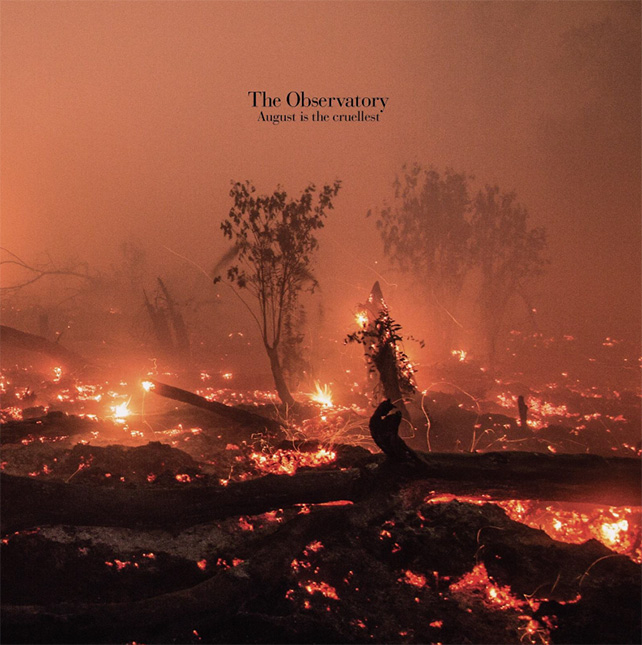 August is the cruellest – this we know. The embers may glow, but the worst of the burn is far from over. Now, it’s time to survey the destruction and figure a way out of the fire.

Recorded both in Singapore and Norway, The Observatory‘s new album, August is the cruellest, is a work of political noise, a punishing challenge to look inward and move forward.

Lyrically, the album draws bleak comparisons with the poems of T.S. Eliot and Yan Jun; outlining the harshness that we breathe, of the air from our swiddening neighbours and constructing a landscape of the inevitable, based on the choices that we and our forefathers have made.

Musically, it is an abstraction of the blues in the mode of C, influenced by the power of the riff and the energy of heavy rock. Expanding upon ‘Oscilla’ the song, which is also in the key of C and diving deeper into its modal abyss. The music jolts and scares through feedback and an incessant pulse, in the hopes of toppling the apathetic stance that we, for generations, have come to find comfortable and convenient.

The album August is the Cruellest will be released on 29 February.