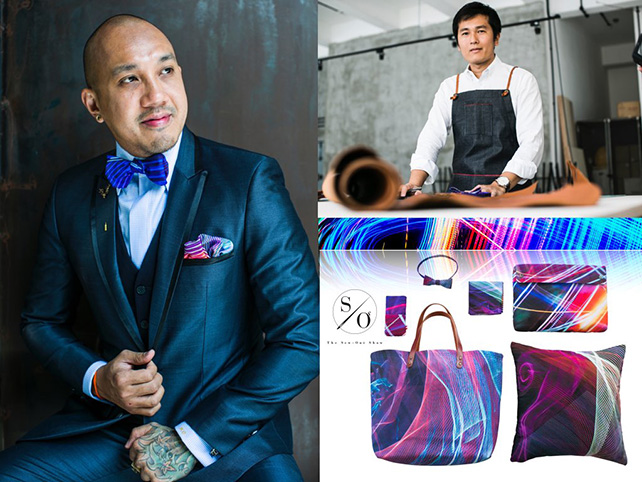 First launched in 2013, the idea behind this highly interactive exhibition is to allow visitors to own a unique section of an artwork by having it converted into beautiful accessories by skilled local craftsmen. Following the success of the last show, this year will see the collaboration between renowned Los Angeles based photographer, Kevin Ou, and design platform The General Company.

Best known for his celebrity and fashion films and photographs, Ou has worked with a number of high profile celebrities, such as Snoop Dogg, Emma Stone and Alice Cooper, and his images have been published in magazines including Rolling Stone, Vogue and Interview. For this exhibition, however, he decided to depart in an artistically different direction and came up with the idea of “dynamic light painting’ by setting his camera on long exposure and literally jumping around with it.

The 13 works in the resulting series, entitled ‘Kinetic Abstraction (The Metamorphosis of Light)’, are colourful and mesmerising, and will be displayed on the walls of tcc. Visitors can decide on the form that they want the artwork to take, and then trace the product’s outline directly onto a section that they like on the high-quality fabric. After a few months, the talented craftsmen of The General Company will have turned them into eye-catching and functional goods.

By: tcc – The Connoisseur Concerto