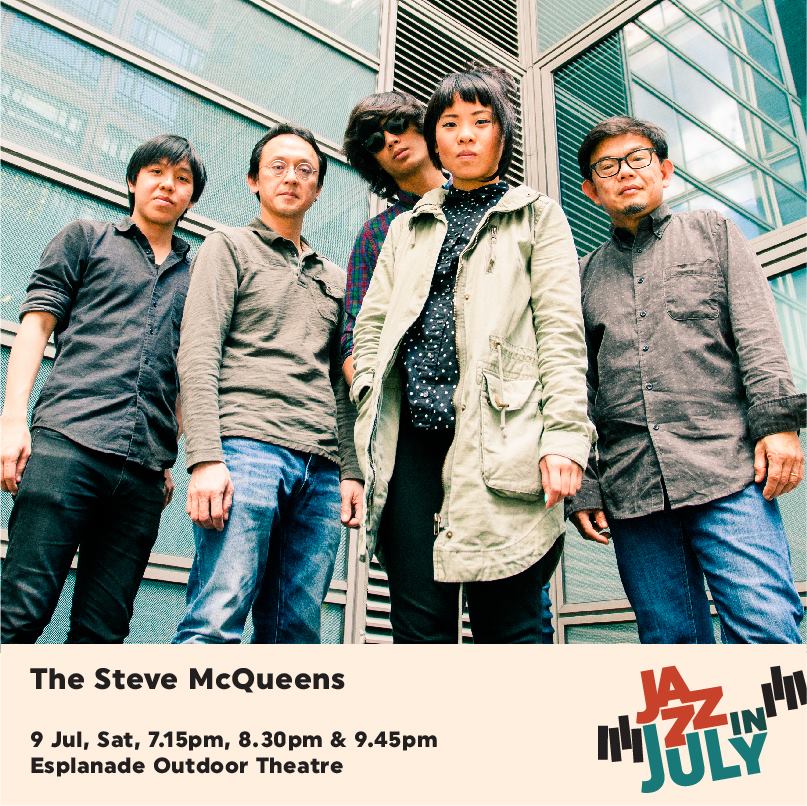 The Steve McQueens is a neo-vintage soul-funk band with a penchant for groove. Since making their debut in 2013, the quintet has defined their own style of jazz-infused neo-soul, a groove-based hybrid of tightly arranged and freely improvised sounds. The band plays at major venues and festivals in Singapore and the region, including the Singjazz Festival, Indonesia’s Java Jazz Festival and Japan’s iconic Summersonic. Their concerts are at once soulful and sultry, eclectic and eccentric. It was this riveting mix and originality that caught the attention of veteran producer Bluey, leader of seminal acid jazz band Incognito, who invited them to record with him in London, and to open for Incognito at The O2 Arena. The Steve McQueens is Ginny Bloop (vocals), Joshua Wan (keyboards), Jase Sng (bass), Aaron James Lee (drums) and Fabian Lim (saxophones).