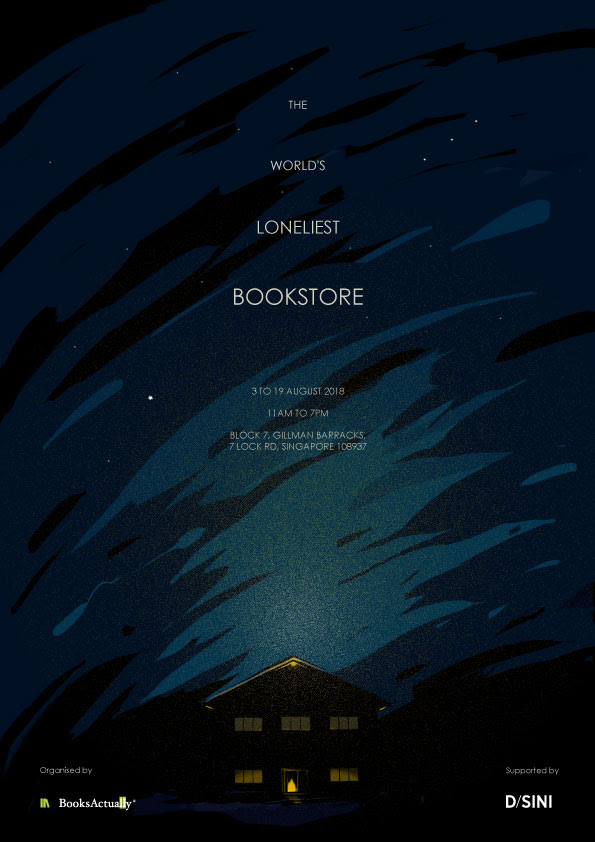 The World’s Loneliest Bookstore explores the implications of a post-apocalyptic world. If the world was reduced to its minimum viable population, would there still be a need for books? Would anyone want to visit a bookstore, while facing the issue of merely surviving? Would this make it the world’s loneliest bookstore in existence?

A freak solar flare at a magnitude nobody has experienced before has wrecked the Earth’s natural environment, causing volcanic eruptions and devastating oceanic activity. Infrastructure all around the world collapsed as a result and many lost their lives to the freak disaster. The world’s population was somehow reduced to its bare minimum, following the end of the devastation. Only 4,169 people remain around the globe, just enough to repopulate Earth.

Following the disaster, only one woman remains in Singapore. With the books she has scavenged, she has assembled what probably is the last remaining bookstore on earth. The rest of the bookstore is outfitted with other scavenged bits: a few paintings, an old television, a spare radio that is constantly trying to reach somebody else out there. Everyday she waits for someone, anyone, whilst she finds solace in what she has left. Thus, this constitutes The World’s Loneliest Bookstore.