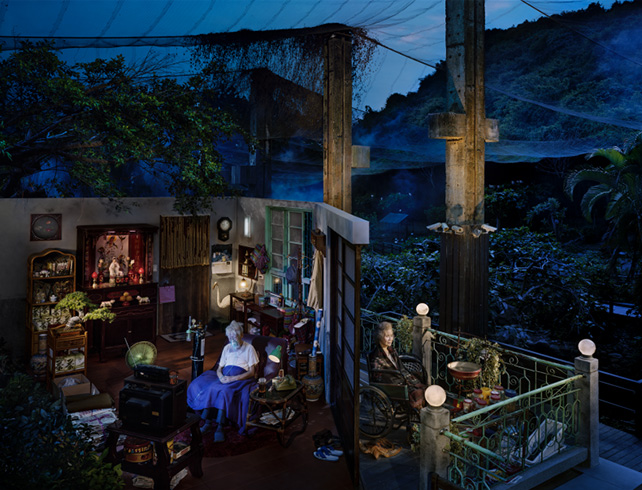 Upon encountering complex turns of events that have shaped the world we live in, Chou has sought alternate ways to explain and to record such complexity in society by staging the realities with representation, and occasionally unflinching satire. The representation in Wild Aspirations revealed and demonstrated the innocent dreams of rural children, which far exceeded the mere existence of technology. On the other hand, Fined Taipei was a study of traffic photographs serving as evidence for monetary fines. The ironic overtone continues in Animal Farm, which is staged within a zoo where moments of realities unfold.

Ultimately, the Theatre of Reality serves as a point of discussion and examination of the power of photography as a documentary medium, and in the face of complexities in reality, how image-maker Chou seeks alternative approaches to comprehend and record the conditions of the world we live in.